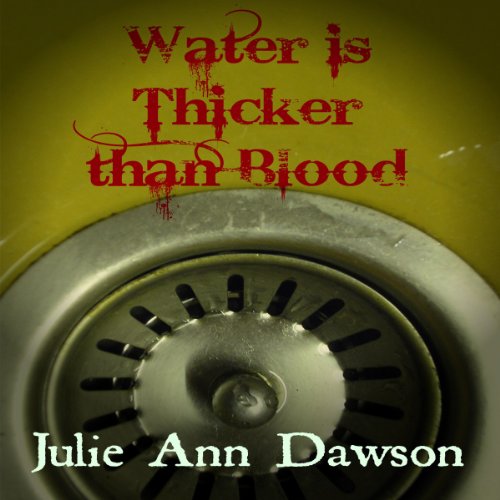 Water is Thicker than Blood

By: Julie Ann Dawson
Narrated by: Rebecca Roberts
Try for $0.00

Fifty years after World War III, the residents of New Orleans struggle daily just to survive. Despite being surrounded by the waters of the Mississippi, latent radiation and pollution have made clean drinking water hard to come by.

So Rue has reason to worry when their water purifier breaks down and her husband's depression keeps him from fixing it. She reluctantly accepts the aid of her neighbor's son Joseph, who had taken to practicing the dark arts at the Circle of Magi.

But as her husband's increased hostility makes her more dependent on Joseph just to survive, Rue has to make a decision that will impact not just her own life, but the lives of everyone in the Bywater district.

Water is Thicker than Blood is a novelette set in the universe of the Post-Apocalyptic Blues campaign setting.

What listeners say about Water is Thicker than Blood

I really liked the premise but the story ended abruptly. I would have liked more information about the apocalypse.

loved it from the start to the end, kept my attention all the way through

Twisted. I loved it. This author likes to keep turning the tables on you. The ending needs to be smoothed out a bit. I wouldn't change how it ended, just polish up the way the book closed out. It seemed a bit unfinished and rough. Definitely read this though. It's so original and interesting. I received a free review copy of the audio version of this book in exchange for an honest review.

Narrator sounded off, and kind of sounded bored while she read it so it did make it hard to get into. I couldnt really enjoy listening t the story.