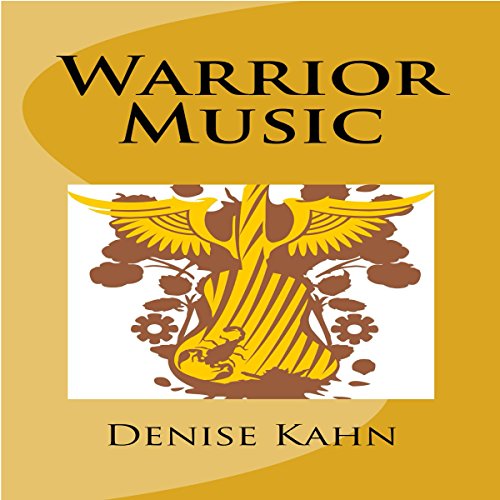 Max knew the drugs and alcohol would eventually kill him, and sooner rather than later. So he enlisted in the Marines. His timing is unfortunate, as the events of 9/11 find him at the beginning of his military service, and he is sent to Iraq. The journey he embarks on is unlike anything he could ever imagine.

From Washington, Boston and New Orleans to the ancient sands of Iraq, Max and his entourage endure the toils of war with courage, romance, patriotism, heartache and passion. Only one weapon gets them through the anguish they come face to face with: Music.

This novel is a tribute to the author's son who served as a Marine, and to all Veterans.

What listeners say about Warrior Music

The writing is very good and the story will appeal better to someone who has read the first two books in this series.I am following this series

Denise Kahn takes you from one corner of the earth to the other The characters are so sincere, I feel that no matter who the reader may be a connection of some sort will be made. This is the gift of a special writer.

Such a wonderful and incredible book that is full of love, war and music.

Such an incredible book that will leave you amazed and dazed. Loved every moment of it.

The narrator was amazing! A good, brilliant job of bringing it alive.

A must read - amazing!

A wonderful storybook of love, music, war, life....This is an incredible book. From those real life warriors that I knew in the Iraq War, from the memories of that time, the book rings “reality”. The audible reading is excellent. I could not listen or read the book late at night as it kept me totally engaged as if I were really there. The Author truly embraced her son in the writing of the book and her love was made evident to the world. I usually read/listen books to let me sleep ..This was not one of those.. The author is well written and an artist as well as a thinker and patriot. Great Job Ms. Kahn!

Thank you for this wonderful book :-)

I honestly loved ,Warrior Music'. To me it is about the importance of music and what it can do - and the plot is thrilling. You always want to know what is going to happen next.

Also - and maybe that is even more important - it gives the reader a certain idea of how it may be to be in Iraq and people's different motives to go there. The book might be fiction, but it is based on a marine's first-hand-experience. To me that makes it very special.

When I finished this book, the only word that I could think of was powerful. This is the first book by this author that I have read, but I was very impressed witb the writing. It takes place mostly in Iraq during wartime. I would think that a book like this would be very difficult to write. It needs to be real, but at the same time, you do not want it to be depressing. Denise Kahn hit this one out of the park. It is wartime real, but at the same time, it is an uplifting romance, centered around family, and not just the family that a person shares genes with. There were many times that I was sitting in a parking lot still listening to the book, because there was no way that I could stop at that point. Then, I was also impressed that she narrated her own book. It would stand to reason, that since the words come from her emotions, it would be an advantage for her to narrate it, but it takes a special person that can do narration well, and with this book, we find that Denise Kahn is a pro at both. I also loved the music intro at the beginning of each chapter. It really adds more to the book, than you would think. I higbly recommend tbis book.

This is a wonderful story about Max and Sam.I have so enjoyed this story.The author and narrator did a fantastic job.It is about warrior music from the heart.I was given a copy for an honest review.

This is a really good story. It did take a moment to catch me though. The sound seems off a little like in an empty room. I did finally get into the characters and feel this story will have a lasting effect on me. I love the music tie in of the story and the whole famous aspect. This is a good read.

What made the experience of listening to Warrior Music the most enjoyable?

Being a military wife, and having experienced the events of 9-11 really helped me get into this book. I normally don't like military/war related novels, as I tend to read to escape real life, but I did enjoy this one (hence the title of the review).

Really great story, which brings all readers on. I enjoyed it so much, and looking more from this author and Narrator