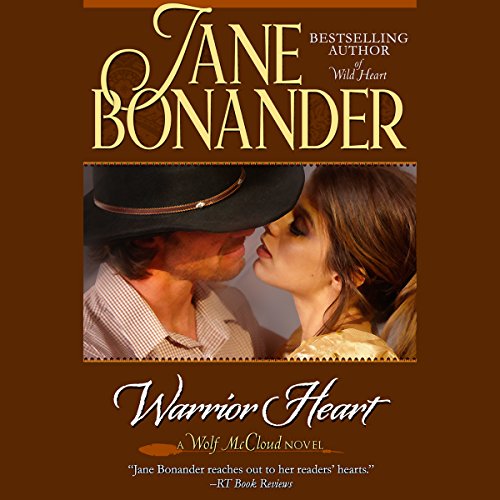 By: Jane Bonander
Narrated by: Dara Rosenberg
Length: 10 hrs and 45 mins
Categories: Romance, Contemporary
3.5 out of 5 stars 3.7 (6 ratings)
This title is included in Audible Escape

After losing his wife in a vigilante attack, Jackson Wolfe ran from his grief and his guilt, leaving behind his baby daughter to be raised by strangers. Twelve years later, he knows it's time to quit running. He's learned everything there is to know about vengeance in his travels around the world, but now it's time to settle down and take up a new mantle: father to Dawn Twilight. He knows that if he finds her, he'll be the best father a little girl ever had. But when he arrives in Thief River to be the new sheriff and claim his daughter, her adoptive mother has other plans. Liberty O'Malley has never loved anyone like she loves Dawn, but she knows she would lose in a legal fight against the new sheriff. Maybe there's a way to keep her daughter, and soothe Jackson's wounded heart in the process.