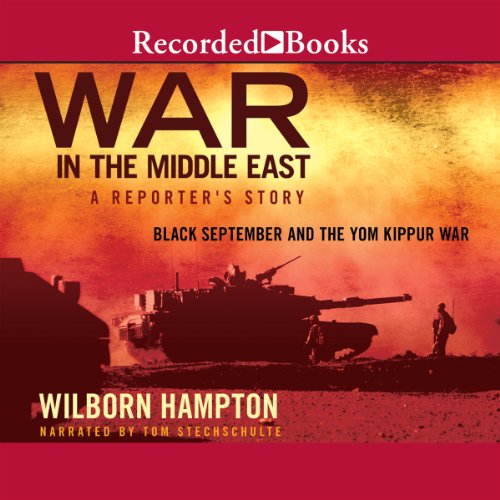 War in the Middle East

War in the Middle East

In War in the Middle East, the veteran journalist offers a fascinating account of his early 1970s reports from the volatile desert region amidst Black September and the Yom Kippur War. This insider’s view of life in a war zone shows Hampton trying to write stories inside a besieged hotel with no electricity or water as fighting rages all around. Hitching rides with reluctant taxi drivers and soldiers, he witnesses aerial dogfights, tank skirmishes, and summary executions. Hampton also explores the origins of these religious and territorial disputes and evaluates their impact on the changing political landscape.

With the Gaza Strip, suicide bombers, and Hamas continuing to dominate the headlines, this audiobook is an excellent resource for anyone wanting to understand more clearly the ongoing Middle Eastern turmoil.