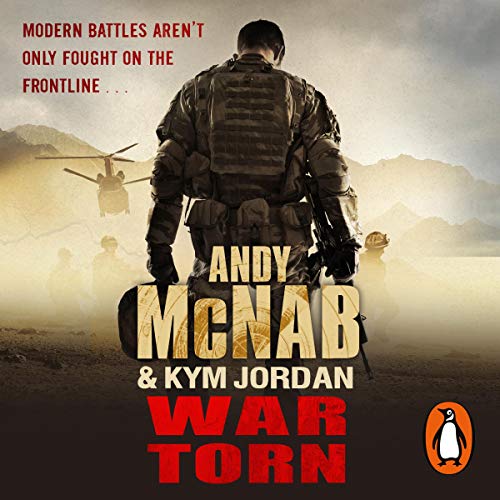 Two tours of Iraq under his belt, Sergeant Dave Henley has seen something of how modern battles are fought. But nothing can prepare him for the posting to Forward Operating Base Senzhiri, Helmand Province, Afghanistan. This is a warzone like even he's never seen before.

He's in charge of 1 Platoon, a ragbag collection of rookies he must meld into a fighting force, and fast. The Afghanistan conflict is as harsh and unforgiving as the country itself. Their convoy is ambushed before they even reach the FOB, and two of his men are grievously wounded - one scorched beyond recognition, the other left with only one leg.

Back at home, the families of the men - and women - at the front wait anxiously for news. Dave's wife, Jenny, seven months pregnant, must try to hold together the fragile lives of those they left behind, all of whom remain in constant dread of the knock on the door and the visit from the Families Officer, whose job it is to deliver the bad news....

War Torn traces the interwoven stories of one platoon's experience of warfare in the 21st century. Packed with the searing danger and high-octane excitement of modern combat, it also explores the impact of its aftershocks upon the soldiers themselves, and upon those who love them. It will take you straight into the heat of battle - and the hearts of those who are burned by it.

Mcnab out of his comfort zone...

I have all of Andy Mcnabs unabridged audiobooks. I like his attention to detail, his matter of fact writing, and his ability to immerse you in Nick Stone's world with the first person narrative. War torn goes in a completely different direction. The story feels like an TV soap opera, rather than a soldiers eye view of how modern war actually is. Also the story is told 3rd person which takes you away from any action.

This isn't a bad book, it just doesn't feel like Mcnab. It almost feels like Kym Jordan is just using Mcnabs name to win across the target audience. If you're looking for a great Mcnab book get Remote Control or Firewall.