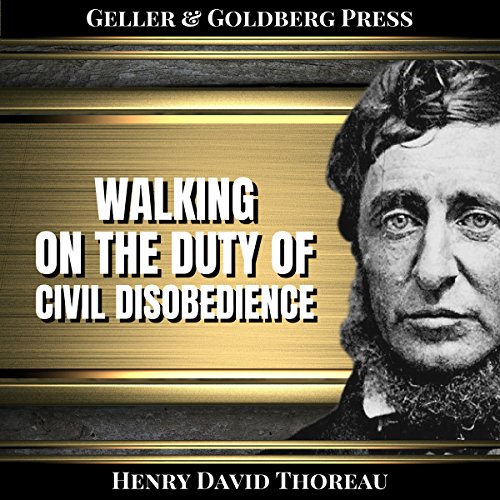 Walking & On the Duty of Civil Disobedience (Annotated)

By: Henry David Thoreau
Narrated by: Gregory Sutton
Try for $0.00

"Walking", also known as "The Wild", is a speech by Henry David Thoreau from 1851. It was later released in writing between the years 1851 and 1860. "Walking" is a transcendental essay in which Thoreau talks about the importance of nature to mankind and how people cannot survive without nature, physically, mentally, and spiritually, yet we seem to be spending more and more time entrenched by society.

"On the Duty of Civil Disobedience", also known as "Resistance to Civil Government", is an essay by American transcendentalist Henry David Thoreau that was first published in 1849. In it, Thoreau argues individuals should not permit governments to overrule or atrophy their consciences and that they have a duty to avoid allowing such acquiescence to enable the government to make them the agents of injustice.