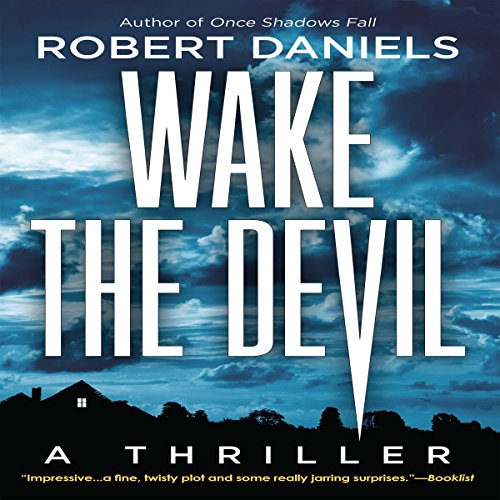 By: Robert Daniels
Narrated by: Dina Pearlman
Free with a 30-day trial

Seven months after their last encounter, retired FBI agent Jack Kale and Atlanta Police Detective Beth Sturgis are reunited by a new case that pits them against the Sandman, a nearly perfect assassin who leaves no clues, can change his appearance seemingly at will, and has eluded police on four continents for years.

Now, it's a race against time to protect the Sandman's next targets - two witnesses scheduled to testify before a grand jury by the end of the week. With the clock ticking down, Kale and Sturgis dive headfirst into a desperate chase to catch the killer before he strikes and disappears again.

Just as he thought he was finally safe, Kale must one again battle the demons lurking in the corners of his mind to take on an all-too-real new nightmare in Wake the Devil, the second in Robert Daniels's thrilling series.

What listeners say about Wake the Devil

Robert Daniels has written an excellent story for the second book in the story. Many twists and turns and a great ending.