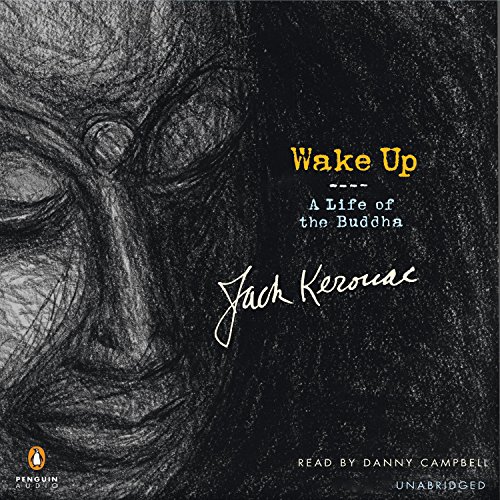 By: Jack Kerouac
Narrated by: Danny Campbell
Try for $0.00

In the mid-1950s, Jack Kerouac, a lifelong Catholic, became fascinated with Buddhism, an interest that had a profound impact on his ideas of spirituality andlater found expression in books such as Mexico City Blues and The Dharma Bums.

Originally written in 1955 and now published for the first time in audiobook form, Wake Up is Kerouac's retelling of the life of Prince Siddartha Gotama, who as a young man abandoned his wealthy family and comfortable home for a lifelong searchfor Enlightenment.

Distilled from a wide variety of canonical scriptures, Wake Up serves as both a penetrating account of the Buddha's life and a concise primer on the principal teachings of Buddhism.

"[Wake Up] contributes significantly to the fascinating picture of Kerouac's spirituality." (Jonah Raskin, The Beat Review)

What listeners say about Wake Up

Beautiful, poetic writing in a soothing voice - listening is in itself a form of meditation.