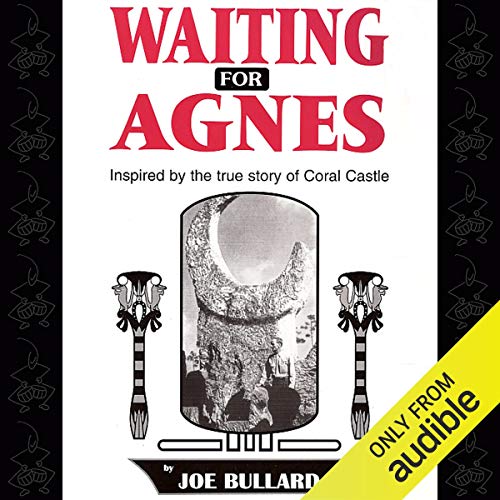 A semi-biographical story of Ed Leedskalnin, the magnetism researcher and single-handed sculptor of the mysterious "Coral Castle" in Florida. Ed claimed that he knew "the secret of the Great Pyramid".

People are amazed how Coral Castle, made from 1,100 tons of massive, jagged coral stone, could be constructed by one lone man, using only crude hand tools. The average weight of the stones used in the construction of Coral Castle are greater than those used in the Great Pyramid of Giza. Additionally, several of the stones used are taller than those found at Stonehenge in England.

Even more amazing is that many of the huge stones are sculpted into the form of rocking chairs and doors, balanced to such a precise degree, that even a small child can pivot them. Leedskalnin was interested in observational astronomy and built, entirely from coral, a telescope and a self-correcting sundial. He was also an innovator and magnetism researcher. His magnetism experiments resulted in the invention of an incredibly simple, yet extremely efficient, magnetic current generator, that was able to provide all of his energy needs for free.

Listen to the enhanced, bizarre story of this most unusual man and his fantastic creations.

The 8th Wonder on This Planet

With those who look for Science Fiction, Science Reality is there in Homestead, Florida. This isn't something that was built in ancient times. Coral Castle was designed and built by a man that was brilliant, yet did not have a sixth grade education. What men cannot find an explaination for, they try to ignore. I love the story. One day soon, the "Truth" will be known ... Again!

A "MUST READ" for any serious energy researcher.

Absolutely not. I continued to listen only because I didn't want to waste my money. The book was great! But the narration was absolutely terrible.

He read it in a much different way than I envisioned the characters.

I can't say enough about how well it was written and the story was great. Please don't do that again. Your writing is too good to be spoiled by your attempt to narrate

OMG it cannot be any worst

Do not fictionalize an amazing true story to the point that it is not crediable in the least.Do not do your own character voices...you are not good at it, and they all sound the same!Why do this? It's so wrong!!!

If you could play editor, what scene or scenes would you have cut from Waiting for Agnes?

I would have killed the project, and suggested the writer approach this subject as non-fiction.

Coral Castle is one of the (if not the) greatest mysteries of modern times that also validates ancient history. Why fictionalize, and fill in the gaps with stupidity!I heard the writer on a national radio show telling the true story of ED, and it was great.This is book however offensive on every level. Sorry to say!

I hate to make a fourth grader cry...

Everyone has a mother and I can only assume the five star rating came from her or that its based on a print version that comes with cash folded into the pages. And I hate myself for being that harsh, I do. If the goal was to write a faithful interpretation of a foreigner with a fourth grade education (who never progressed any further in any way - ever) then it is a champion and I'm wrong. Mostly though, it's more like a fourth grader (okay, to be fair I'll go to 9th grade... but no more) spent a day on the internet boning up on the occult and then pasted it all together in the fantasy that it would "all come together as genius." Not so much. The voice is tragic, and that covers the changing first person read as well as the narration. I don't know where else to go with it. If you're in fourth grade, maybe its awesome? I've read some pretty fab books in that age group though... I'd recommend just spending half a day on the internet reading up on occult, the Mayans, the unexplained, coral castle, Hitler, Atlantis and UFOs, instead - it'll be WAY more interesting. Or play the audio sample over and over for about twelve hours...it'll be a little more cohesive. Save your credits.