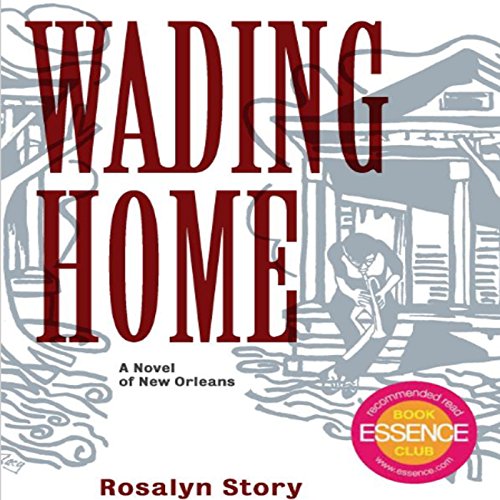 A Novel of New Orleans
By: Rosalyn Story
Narrated by: Brad Sanders
Length: 11 hrs and 26 mins
Categories: Fiction, Contemporary
4.5 out of 5 stars 4.6 (14 ratings)

When Hurricane Katrina hits New Orleans, chef and widower Simon Fortier knows how he plans to face the storm - riding it out inside his long-time home in the city's Treme neighborhood, just as he has through so many storms before. But when the levees break and the city is torn apart, Simon disappears. His son Julian a celebrated jazz trumpeter, rushes home to a New Orleans he left years before to search for his father. As Julian crisscrosses the city, fearing the worst, he reconnects with Sylvia, Simon's companion of many years; Parmenter, his father's erstwhile business partner and one of the most successful restaurateurs in New Orleans; and Velmyra, the woman Julian left behind when he moved to New York. Julian's search for Simon deepens as he finds himself drawn into the troubled history of Silver Creek, the extravagantly beautiful piece of land where his father grew up, and closer once again to Velmyra.

As he tries to come to grips with his father's likely fate, Julian slowly gains a deeper, richer understanding of his father and the city he loved so much, while unraveling the mysteries of Silver Creek.

Lyrical prose and a good story about the power of love and the importance of family and tradition.

Excellent fictional story about the storm in new Orleans. The narrator did a wonderful job. i love this author and will be looking to listen to more books by this narrator!. Wonderful voice and narrating style . I didn't want the story to end. ...

The narrator has a wonderful, soothing voice that is easy to listen to. The story is very, very good. I enjoyed it tremendously. I'll be craving good Cajun food now