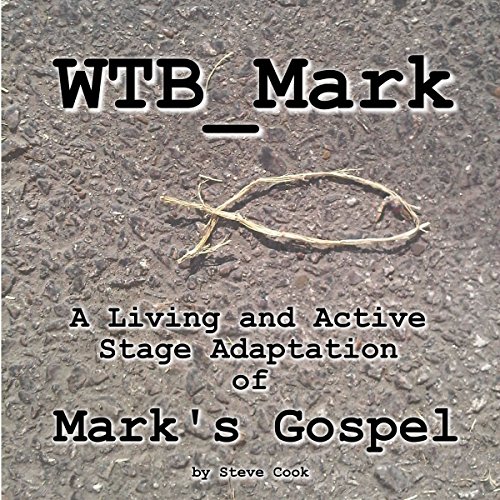 WTB_Mark is a ground-breaking stage adaptation of Mark's Gospel in two Acts, based on Steve Cook's audio recording, Witness the Bible: Mark. It contains a cinematic underscore of music and sound effects, over which the action is meticulously timed out. The result is a powerful activation of Scripture.

It is prop-less with a very simple set and costumes and runs about 90 minutes with one intermission. It is designed to replicate what Bible study must often have been like in the 1st century Church, when most believers were illiterate and had to see and hear the Word of God in order to receive it.

What listeners say about WTB_Mark

A great reading of the Gospel of Mark, using an updated version of the Geneva Bible.