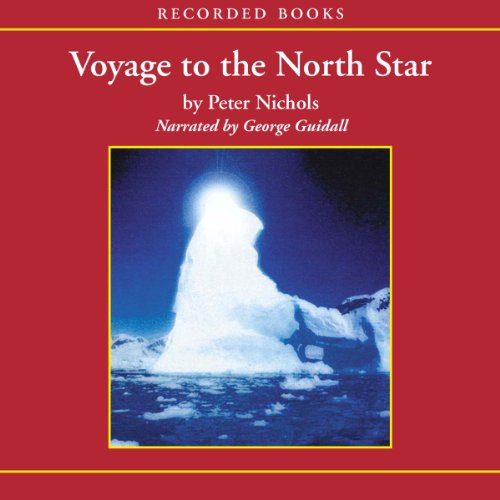 Voyage to the North Star

Voyage to the North Star

Peter Nichols’ novel, which has been likened to the works of Jack London and Joseph Conrad, immediately rose to top places on best-seller lists across the country. Voyage to the North Star offers an amazing combination of high-seas adventure and human folly. It is also filled with authentic detail, since Nichols is an experienced sailor who has made a solo journey across the Atlantic. Carl Schenck is fabulously wealthy, but he aspires to be a great hunter. Africa is too tame, so in 1932 he buys the Lodestar and equips the yacht in luxury. Outfitted with rubberized boots and an arsenal of guns, Schenck sets out for Arctic waters to shoot bears, seals, and “every animal in sight.” As days unfold on the frozen horizon, peril after peril confronts the boat and its crew. Although Schenck is unstoppable, others on the Lodestar are forever changed by this ill-fated voyage. Narrator George Guidall’s performance conveys all the dangerous magic of the icy seas and captures the increasing madness of Schenck’s expedition.