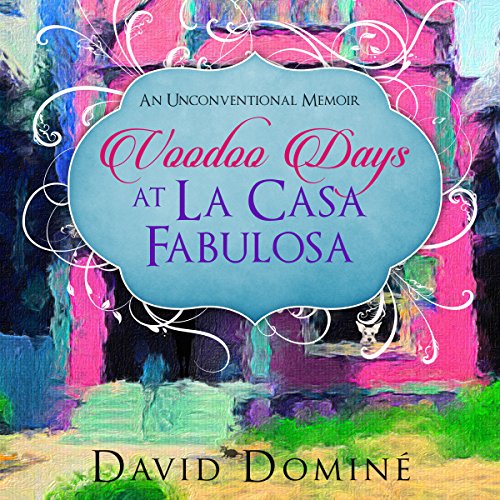 When food writer David Domine; buys a three-story Victorian house, little does he know it is located in an enchanted neighborhood, one full of gargoyles and gas lamps, hidden courtyards, towers, turrets, and gingerbread trim. The 1890s structure he will call home becomes known as La Casa Fabulosa--or the fabulous house in Spanish--because of its elaborate facade. His is just one of hundreds of striking dwellings in an area famous for its fanciful architecture and 19th-century charm, however. The neighborhood is also replete with colorful characters--an assortment of vagrants, cross-dressers, gypsies, and random misfits that make life interesting, to say the least. There are even rumors of modern-day witches and voodoo queens. When strange noises and puzzling smells start to keep him awake at night, and bizarre coincidences punctuate his days, he discovers that enchantment can take many different forms. The oddballs and oddities, the weird and wonderful he encounters in this enchanted neighborhood come to life in Voodoo Days at La Casa Fabulosa.

What listeners say about Voodoo Days at La Casa Fabulosa

I enjoyed this memoir of a quirky life in an unusual neighborhood. It kept me listening late into the evening, and I finished it in about a day and a half. It's one I will listen to again.

Laugh Out Loud Funny While Being Spooky at the Same Time! Loved It!

The phrase “Voodoo Days” intrigued me, as did “La Casa Fabulosa” or THE FABULOUS HOUSE in Spanish, so I had to listen. For a year, David experiences “strange” events in his supposedly haunted (and fabulous) six-bedroom mansion, but he’s a skeptic so he ignores it while he works on his first cookbook and explores his new neighborhood where there are hundreds and hundreds of Victorian mansions and lots of-shall we say?-quirky characters. It’s these oddballs who help the author discover how fabulous his new home and neighbors really are. Healthy doses of local flavor, lots of goosebumps and belly laughs-this is such a fun read!