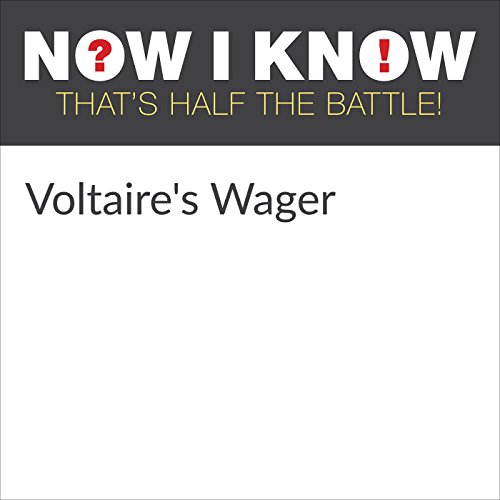 François-Marie Arouet, better known as Voltaire, was a French writer during the Enlightenment. Known for what would today be considered snark, he often made comments to which many would take offense. For example, in his 1764 treatise Dictionnaire Philosophique (which translates as Philosophical Dictionary), Voltaire quipped that "common sense is not so common." This smarter-than-thou attitude was a theme throughout his works, and, one would expect, his life as well. For example, if Voltaire were around today, he'd be one of those people who didn't buy a ticket to the billion-dollar Powerball drawing, as the lottery is a sucker's bet. Instead, you'd expect him to be the guy who tweeted out that he didn't lose because he didn't play, and instead has $4 more than you do.

What listeners say about Voltaire's Wager

I liked this little story. it was fun to listen to. the speaker has a good voice.