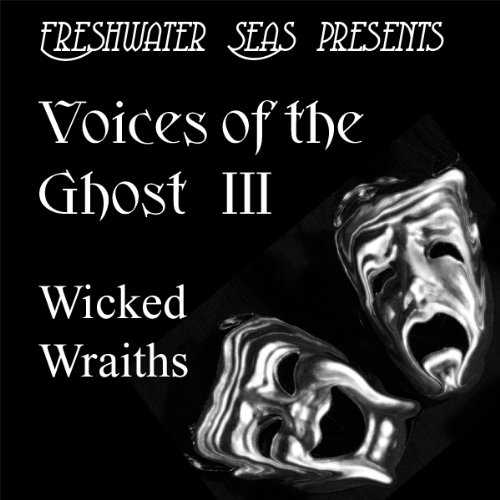 Voices of the Ghost III

Voices of the Ghost III

Here are two terrifying and sobering stories of ghosts who will stop at nothing!

"The Romance of Certain Old Clothes"
Which did she really want: her sister's husband, or her sister's trousseau? Will her desires cost her her life? In this story by the American master Henry James, a woman loses her heart to a man, but then loses that man to her sister. When her sister dies, she finally marries him, and her sister's trousseau comes to her as well - along with a spirit of jealous envy, even of the dead, that leads her to a terrible confrontation. The mastery of human psychology that marked all of Henry James' work plays out in this mystery of the human heart, a mystery that even goes beyond the grave.

"Lost Hearts"
In this M. R. James story, three children learn that a classical scholar's love of the past has led him into a terrible and bloody delusion. His bloody fixation on hermetic lore, which seems to promise eternal life, leads two of them to their deaths, but not to the end of their existence. That does not come, if it comes at all, until the third child falls into the scholar's power.

Hearing Voices? Don't miss the rest of the Voices of the Ghost series!

Really it just comes down to poor story selection. In the Henry James story, it's funny and clever, but the ghostly element doesn't come into play until the final few sentences. The M R James story "Lost Hearts" is possibly his most overrated work ever.

Has Voices of the Ghost III turned you off from other books in this genre?

Of course not! I love a good ghost story and will continue trying to find them. If anything, I feel cheated because the Henry James tale was barely a ghost story at all, more a mundane family drama with a little Boo notice tacked on the end.

It's hard to tell, since I kept waiting for the supernatural of the first story to manifest.

If you could play editor, what scene or scenes would you have cut from Voices of the Ghost III?

A good eleven twelfths of the Henry James tale on offer.

Lost Hearts is a pathetically transparent ghost story, with a blatantly obvious setup that all the characters are too dense to penetrate, and its resolution has nothing to do with the actions of the protagonist.