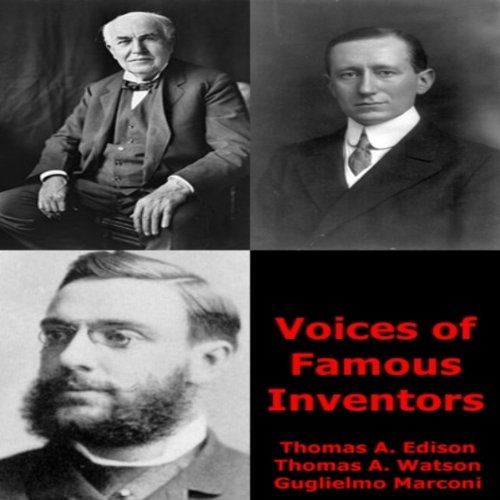 This is a collection of recordings from three of the greatest inventors of the late 19th and early 20th centuries. Each of their scientific developments forever changed life around the world.

Thomas Alva Edison (1847 - 1931) was an American inventor and businessman. He developed many devices that greatly influenced life around the world, including the phonograph, motion-picture camera, and a long-lasting, practical electric light bulb.

Thomas Augustus Watson (1854 - 1934) was a bookkepper and a carpenter before becoming an assistant to Alexander Graham Bell and aiding in the invention of the telelphone in 1876.

Guglielmo Marconi (1874 - 1927) was an Italian inventor known for his pioneering work on long distance radio transmission and radio telelgraph systems.

What listeners say about Voices of Famous Inventors