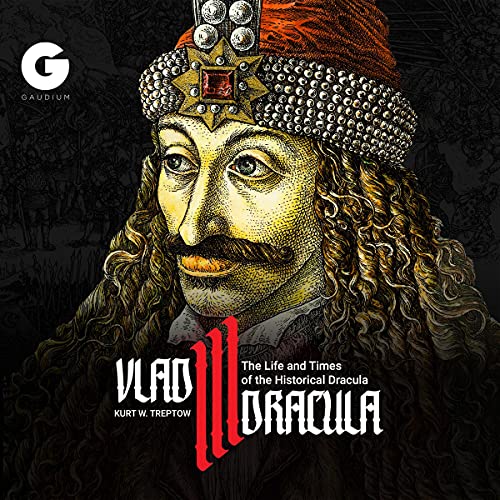 Vlad III Dracula: The Life and Times of the Historical Dracula

The 15th century Romanian Prince Vlad III Dracula, also known as Vlad the Impaler, is one of the most fascinating personalities of medieval history. Already during his own lifetime, his true story became obscured by a veil of myths. As a result, he has been portrayed both as a bloody tyrant - who degenerated down throughout the centuries into the fictional vampire of the same name created by Bram Stoker at the end of the 19th century - and as a national and Christian hero who bravely fought to defend his native land and all of Europe against the invading Turkish infidels. Even in more recent historiography, the true history of Dracula has been obscured by Communist and nationalist historiography.

This revised second edition of the book widely considered to be the most serious comprehensive study of the historical Dracula, presents the life and times of this remarkable figure of medieval Europe. The author uses all extant Romanian, Turkish, Russian, and German sources to reconstruct the history of this famous prince who, despite his short reign, created a name for himself in the history of his own country, as well as in world history. This audiobook studies the life and times of Vlad III Dracula, also known as Vlad the Impaler, providing the listener with a better understanding of the personality of this enigmatic figure of medieval history, as well as the times in which he lived. The author also discusses the development of the Dracula myth. Translations of key documents concerning the history of Vlad III Dracula are included in the appendixes.

What listeners say about Vlad III Dracula: The Life and Times of the Historical Dracula

The Definitive Biography of the Historical Dracula

Anyone interested in the history of Vlad the Impaler, the Historical Dracula will thoroughly enjoy this book. It has long been regarded as the best book on the subject and it is now available for the first time as an audiobook. This is solid, well-documented history, nothing supernatural, and no vampire tales here. The true story of Dracula is far more interesting than that of his fictitious counterpart. The book is well-performed and I highly recommend it to anyone interested in learning the true story of Vlad the Impaler, aka Dracula.

changed my perspective on history in many ways.

Knowing the details of the real Dracula, his achievements and the impact that they had on history are making me see Europe in an entirely different way. If not for Dracula Europe would likely have been dominated by Islam. And to thank him, the church destroyed his reputation and turned him into a monster.

Main problem with this audio is the narrator who reads page after page like there are no commas, end of sentenses nor any emotion. Like listening to a computer. Such a shame because this sinks sthe *ship* totally. Had a hard time finishing this one. Tryed 5 times. Fell asleep every time and had to start over. What a mess!
So looking forward to it but now regret buying it. Why ever they picked this narrator is a mystery to me. Can"t get any worse than this.

Vlad Dracula's story is told in such a way, that even those who don't have much understanding of history can follow it. The author goes back to the deeds of his grandfather to show how Vlad came to be, in order to help the listener/reader understand his life and actions better. This historical figure has been misunderstood for hundreds of years, especially starting with the 19th century when the fictional novel Dracula was published.

I highly recommend it to those who want to learn the difference between Vlad III and the fictional Dracula. He was not a vampire, but he's no less fascinating.