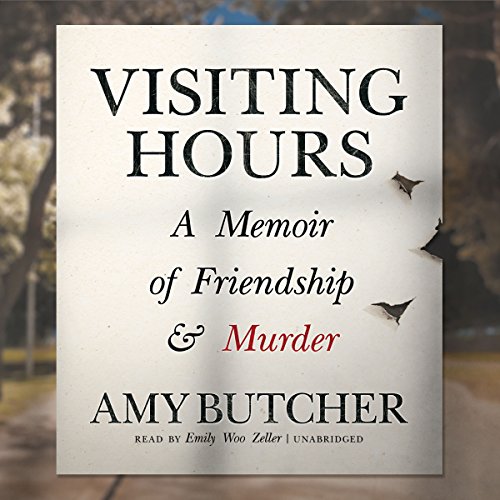 With echoes of Darin Strauss' Half a Life and Cheryl Strayed's Wild comes a beautifully written, riveting memoir that examines the complexities of friendship in the aftermath of a tragedy.

Four weeks before their college graduation, 21-year-old Kevin Schaeffer walked Amy Butcher to her home in their college town of Gettysburg, Pennsylvania. Hours after parting ways with Amy, he fatally stabbed his ex-girlfriend, Emily Silverstein. While he awaited trial, psychiatrists concluded he had suffered an acute psychotic break. Amy was severely affected by Kevin's crime but remained devoted to him as a friend. Over time she became obsessed - determined to discover the narrative that explained what Kevin had done, believing that Kevin's actions were the direct result of his untreated illness.

The tragedy deeply shook her concept of reality, disrupted her sense of right and wrong, and dismantled every conceivable notion she'd established about herself and her relation to the world. Amy eventually realized she'd never have the answers or find personal peace unless she went after them herself. She drove across the country, back to Gettysburg for the first time in the three years since graduation, to sift through hundreds of pages of public records - mental health evaluations, detectives' notes, inventories of evidence, search warrants, testimonies, even Kevin's own confession.

This is Amy Butcher's deeply personal, heart-wrenching account of the consequences of failing her friend when perhaps he needed one most. It's the story of how trauma affects memory and the way a friendship changes and often strengthens through seemingly insurmountable challenges. Ultimately it's a powerful testament to the bonds we share with others and the profound resiliency and strength of the human spirit.