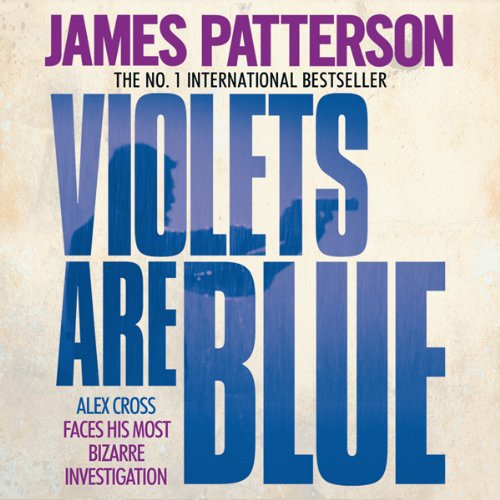 Two joggers have been found dead in San Francisco - bitten and hung by their feet to drain the blood. Further murders in California, and then on the East Coast as well, completely baffle Alex and the FBI. Is this the work of a cult, or role players, or even modern-day vampires? Desperate to stop the deaths, Alex teams up with Jamilla Hughes, a savvy woman detective, and the FBI's Kyle Craig.

But Alex has never been closer to defeat, or in greater danger. He must survive a deadly confrontation - only to learn at last the awful secret of the Mastermind.

What listeners say about Violets Are Blue

The reviews on this are mixed but I loved it - although the musical intervals are cheesy! I am making my way through the Alex Cross books and as I have listened to a few back to back recently and the reviews weren't great I bought the abridged version which I don't normally do. I love Michael C Hall in Dexter and in this too narrating the villain side and Ruben Santiago-Hudson made a great Alex Cross and co. It is two stories in one but that didn't bother me. Here's to the next Alex Cross!