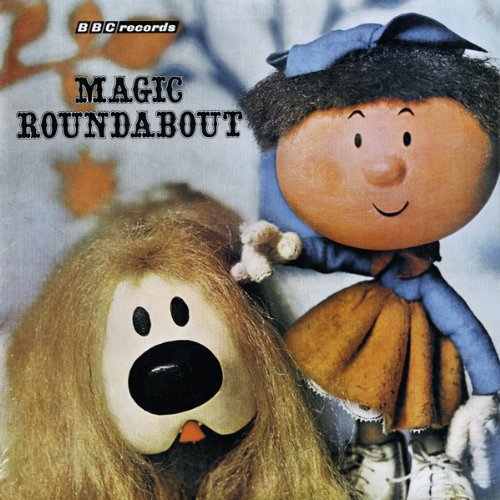 A reissue of the classic 1970s vinyl LP, released as part of the Vintage Beeb range. First published by BBC Records & Cassettes in 1971, The Magic Roundabout includes 10 stories written and read by Eric Thompson.

Featuring the popular characters of Dougal, Florence, Zebedee, Dylan, Brian, and Ermintrude, the stories include 'Dougal's Experiment', 'A Starry Night', 'The Piano Carrier', 'Dougal's Adventure' and 'The Musical Box'. A bonus interview with Eric Thompson (which was not on the original LP) is also included.

What listeners say about Vintage Beeb: The Magic Roundabout

Oh that voice! Oh what memories!

I loved this as a child and it just brought back so many memories! I don't know if children today would enjoy it as they are wired differently, but, for the child in many adults, I think it's worth getting and listening to. You know... just to remind you of the good ol' days!

This is just as I remember. I highly recommend it. My children are also enjoying it and prefer this to the remake film made a few years back.

What made the experience of listening to Vintage Beeb: The Magic Roundabout the most enjoyable?

What other book might you compare Vintage Beeb: The Magic Roundabout to, and why?

None it is unique

Memories flooded back of sitting on the sofa, watching with my mum.