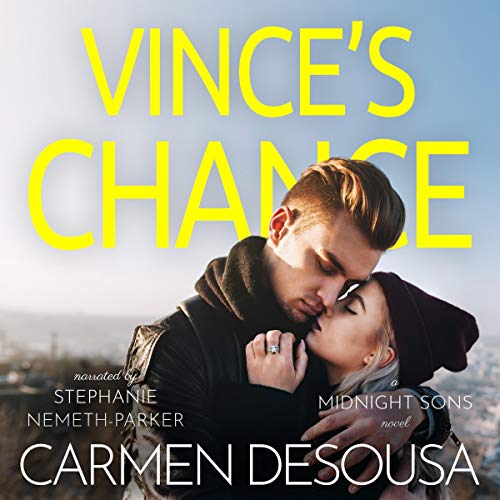 By: Carmen DeSousa
Narrated by: Stephanie Nemeth-Parker
Try for $0.00

Vince Kolya inherited only one trait from his biological father: a need to be on the sea. The rest of his life, he has tried to emulate what he learned from his unofficial adopted family, the Belgardes: dedicating his life to helping others instead of abusing them.

Unfortunately, he’s yet to find a woman who wants the same things he does in life. It’s bad enough that his wife left him, but she also failed to make his boat payments while he was on a three-month stint. Giving up on relationships, Vince throws himself into working with his family’s search and rescue team. Highest on his to-do list, though, is saving money to buy another boat so he can get back on the water, away from the reminders of his abusive past.

Now that her father is dead and buried, Valery Yura is coming home to her beloved state of Alaska in hopes that moving her troubled son to the place where she grew up will transform him into the loving young man he once was. The last thing she needs is a distraction, especially when it comes in the form of the gorgeous man she’s loved her entire life - Vince.

A few too many drinks and sexy dancing on the dock, and she’s repeating ancient history, a situation she can’t allow, so she runs from his bed. When her son goes missing after a fishing excursion, Valery feels that the authorities aren’t doing everything possible. Although she’s resigned herself to never seeing Vince again, she needs his help.

As much as Vince tries to hold onto his feelings of anger and abandonment, knowing it’s paramount to protecting his heart, he finds himself falling deeper and deeper for Valery as they search for her lost son. The only way to win her love is to be her hero and find her son, but that hope fades when the authorities call off the search.

Determined to give Valery closure and win back her heart, Vince embarks on an all-out manhunt for the missing boy. What he discovers, though, might be a death warrant for him and the woman he can’t lose again.

What listeners say about Vince's Chance

I just loved this book and the whole Midnight Sons series so far. Vince is one of my favorite characters in the Belgrade brothers family. Can’t wait to read the next books in this series. Hello, Netflix, you need to sign this series as an original Netflix series. ASAP!!! 5 stars!!!!