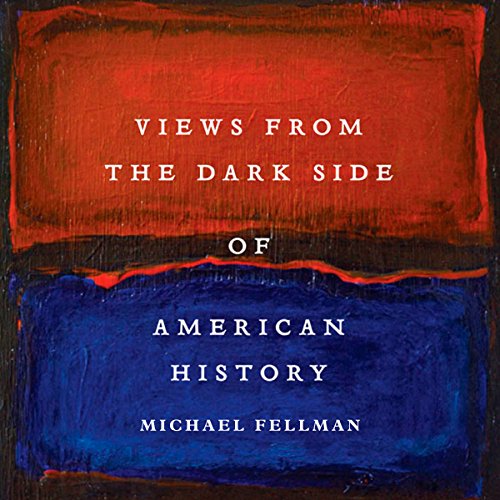 Views from the Dark Side of American History (Conflicting Worlds: New Dimensions of the American Civil War)

By: Michael Fellman
Narrated by: Bill Fisher
Try for $0.00

Throughout his long and influential career, Michael Fellman has explored the tragic side of American history. Best known for his path-breaking work on the American Civil War and for an interdisciplinary methodology that utilizes social psychology, cultural anthropology, and comparative history, Fellman has delved into issues of domination, exploitation, political violence, racism, terrorism, and the experiences of war. Incorporating essays written over the past thirty years - two of them previously unpublished, and the others not widely available - Views from the Dark Side of American History reveals some of the major personal and scholarly concerns of his career and illuminates his approach to history, research, applied theory, and analysis.

Each essay includes a thought-provoking preface and afterword that situate it in its time and explore its intellectual and political contexts. Fellman also grapples with the personal elements of developing as a historian - the people with whom he argued or agreed with, the settings in which he gave or published the papers, and the subjective as well as historical issues that he addressed. The collection encourages history students, historians, and general readers of history to think through the layers of their historical engagement and to connect their personal experiences and social commitments to their explorations.

"Michael Fellman is one of the finest scholars writing the cultural history of the American nineteenth century." (Shane White, co-author of Playing the Numbers)
"Fellman offers us reflections that are immediate and accessible, remarkable for their insight and heart." (Orville Vernon Burton, author of The Age of Lincoln)
"Fellman exposes the complex political undercurrents (academic, racial, religious) that determine the way we approach our history of violence, and its continuing effects in the present." (Timothy O'Leary, author of Foucault and the Art of Ethics)

What listeners say about Views from the Dark Side of American History (Conflicting Worlds: New Dimensions of the American Civil War)