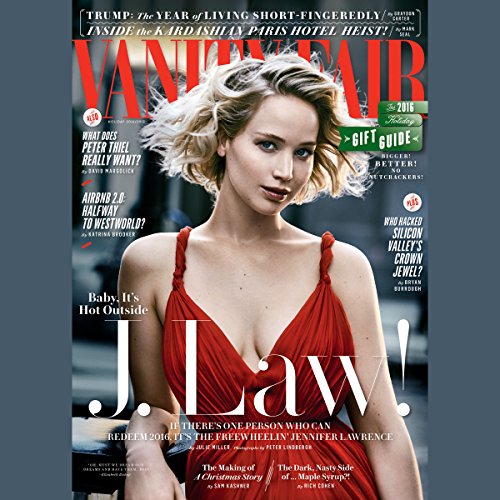 By: Vanity Fair
Narrated by: various narrators
Try for $0.00

J. Law! If there's one person who can redeem 2016, it's Jennifer Lawrence.

Vanity Fair is a cultural filter, sparking the global conversation about the people and ideas that matter most. With a dedication to journalistic excellence and powerful storytelling, Vanity Fair is the first choice - often the only choice - for the world's most influential and important audience. From print to social media, the big screen to the smartphone and now on audio, Vanity Fair is the arbiter of our era. Listen to Vanity Fair on the go.

Get the latest issue as it hits newsstands.