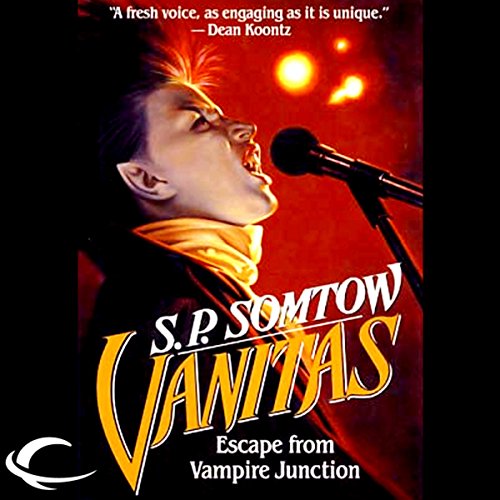 Vampire Junction, S. P. Somtow's groundbreaking novel of vampiric horror, introduced Timmy Valentine, a world-famous rock star with the body of a 12 year old boy...and the ageless soul of a bloodthirsty predator. Timmy returned in Valentine, in which he finally shed his undead curse forever. Or did he?

In Vanitas, Timmy Valentine has relinquished his immortality and transferred his vampiric essence to young Angel Todd. Timmy is now an ordinary boy, awakened at last from an ancient nightmare. His new album has just come out, but there's something missing. In a desperate bid to salvage his career, he goes on a world tour. Every stop, though, brings haunting memories of his inhuman past and terrifying manifestations of a blood-drenched future.

What listeners say about Vanitas