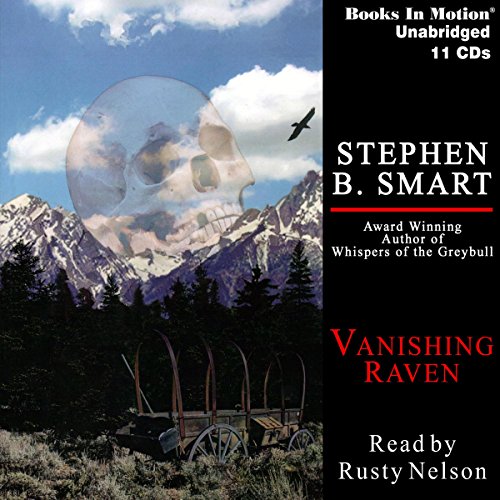 By: Stephen B. Smart
Narrated by: Rusty Nelson
Try for $0.00

It's 1867 in the Wyoming Territory. Chance Creager and his brothers have built their small, isolated ranch in the uninhabited valley near the Greybull River. While hunting, Chance stumbles upon a decaying wagon sunk in mud, near it the grisly remains of an Indian sacrifice. Nothing about the eerie scene makes sense. The mountains have secrets. Chance finds himself pulled deeper into the mystery when he finds a beautiful fugitive named Raven while hunting a deadly mountain lion. Raven brings with her a violent past that only gets worse when the wagon train she joined vanishes. Together Raven and Chance will be forced to use every ounce of their cunning and ingenuity just to stay alive.

What listeners say about Vanishing Raven