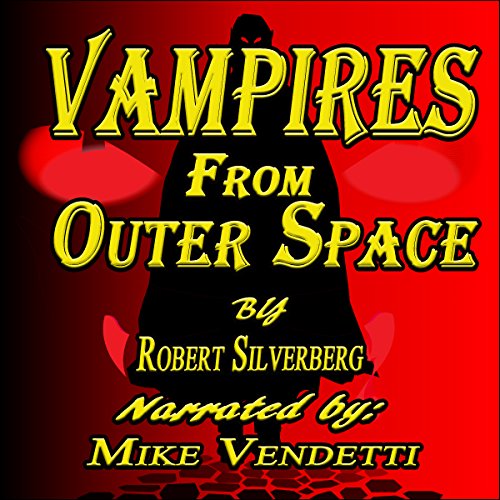 By: Robert Silverberg
Narrated by: Mike Vendetti
Try for $0.00

The year is 2104, and the population of Earth shares the planet with over half a dozen alien species from outer space. Although these species typically find each other repulsive, they get along. That is until one of the seven-foot-tall purple, bat-winged Nirotins is observed sucking the blood from a citizen of San Francisco, and then similar incidents in London and Warsaw. Earth has obviously been invaded by vampires, and panic ensues. Citizens begin buying silver bullets and driving wooden stakes through the hearts of any unlucky Nirotins they can lay their hands on, risking a galactic war. Will Agency Subchief Neil Harriman save the day? Listen as award winning narrator Mike Vendetti reads this chilling tale of vampires from outer space.

What listeners say about Vampires from Outer Space