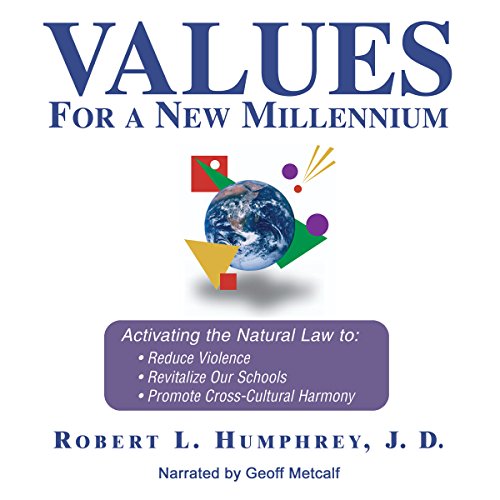 Values for a New Millennium

By: Robert Humphrey
Narrated by: Geoff Metcalf
Try for $0.00

Robert L. Humphrey was an Iwo Jima veteran, a Harvard graduate, and a cross-cultural conflict resolution specialist during the Cold War. He proposed the dual life value theory of human nature. From the experiences of childhood in the Great Depression, trips as a teenager in the Panamanian Merchant Marines, national-class boxing, the awe-inspiring sights of selfless sacrifice on Iwo Jima, and finally 15 years in overseas ideological warfare, Humphrey observed that universal values exist and ultimately control human behavior.

Humphrey is a graduate of Wisconsin University, Harvard Law School, and the Fletcher School of Diplomacy. At the beginning of the Cold War, he left a teaching position at MIT to help lead the struggle against Communism. Finding that US education was contributing to rather than reducing American overseas problems, he developed a new leadership approach that overcame "ugly American" syndrome among hundreds of thousands in crucial third world areas. More recently his methodology won commendations for educating the alleged uneducable: Mexican American street-gang youths in Southern California and Canadian native teenage dropouts.

Until Communism's fall, Humphrey kept his new methods confidential. Those methods are significant: (1) From his experiences with young infantrymen in heavy combat and with the peasants in many villages of the world, he perceived humankind's basic goodness that philosophers have missed or underrated. (2) In place of compartmentalized, primarily mental education, Humphrey has developed a human-nature-guided (moral, physical, artistic, mental) approach.

What listeners say about Values for a New Millennium