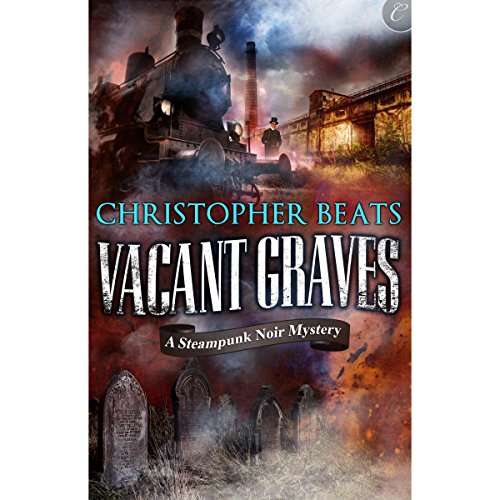 By: Christopher Beats
Narrated by: Steve Coulter
Try for $0.00

Book two of The Magnocracy Series

Donovan Schist's current job was supposed to be an easy one: Grab Phoebe Mosey before pimp and murderer Stanny Slash does, and drag her back home to Ohio - kicking and screaming if necessary. But when a blazing river halts their steam train in the middle of nowhere, the veteran turned detective starts to wish he had stayed in New York.

With a homicidal Stanny hot on their trail - maybe poisoning Stanny's man was a bad idea - Donovan needs to get Phoebe out of Juniper Junction fast. Even if that means taking a few jobs for some quick cash.

He doesn't expect to find a mining company on the brink of war with a union, or bloodthirsty strike-breakers itching to use a steam tank and other weapons he hasn't seen since the War of Southern Secession. Or that underneath it all lies something much darker - an unspeakably diabolical conspiracy.…

What listeners say about Vacant Graves