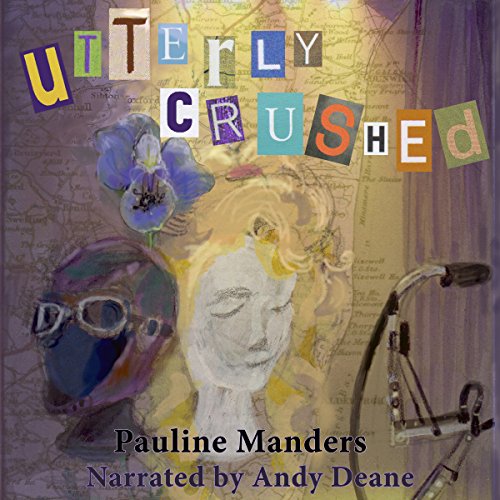 By: Pauline Manders
Narrated by: Andy Deane
Try for $0.00

As the summer of 2012 draws to a close, the Olympic goodwill sweeping Suffolk can't last. Murder is in the air. A brooding menace takes hold of a film production near Stowmarket. Lives are put at risk, and Nick, the on-set carpenter, is blamed. Chrissie, an old colleague, helps out, but she, too, is struggling with her own responsibilities of taking on a business partnership. Networks of deceit are uncovered by Matt, a part-time Internet people-tracer, as a memorabilia scam unfolds.

Former students, bound by their connections to Utterly Academy, come together - one of the four dies. Nick finds himself in the frame again, and a murder quickly follows. DI Clive Merry discovers that crush can take on a whole new meaning for his witnesses.

The action moves across East Anglia, from Stowmarket and Diss to Aldeburgh and Orford Ness; Bury St. Edmunds to Grundisburgh and Ipswich.

This is the sixth book in the Utterly Crime series of novels. It stands alone but follows many of the characters seen previously.

What listeners say about Utterly Crushed

Crime and Crushing in Suffolk

This is the sixth book in a rural Suffolk-based crime series, and although this is the first for me, I now feel I know the characters as well as the familiar locations visited. Pauline Manders weaves a complex but satisfying tale of murder and mystery that takes us from film set to forest via workshops, wood and the world wide web. We follow the daily lives of carpenters, make-up artists and internet trackers as they work, play and interact, and none of them can see the emerging picture until many seemingly unrelated threads weave together in the last few chapters. The author engages our interest through the characters and their activities, including woodworking, poisonings, film-making, internet probing and, not least, jumping stilts!
The reader, Andy Deane, does a fine job of separating the voices without exaggeration, and the pace is such that, while you need to pay attention, you are not rushed and harried.
I am not a regular audio book listener, but I found Utterly Crushed both entertaining and enjoyable.