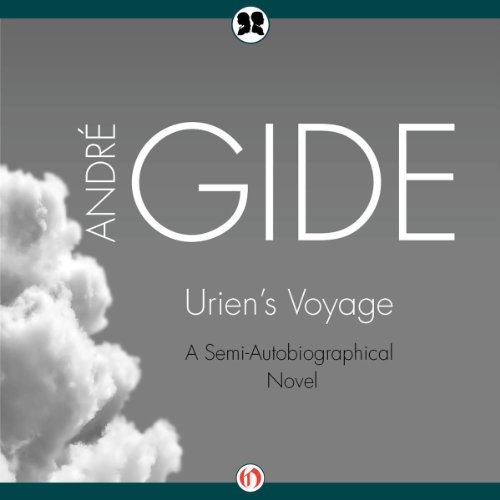 When Urien and his sailing companions begin their voyage, it is to places unknown and, perhaps, only dreamed. This allegorical masterpiece from André Gide, a key figure of French letters, deftly illustrates the techniques and doctrine of the Symbolist movement - and the dual nature of Gide’s own psyche. Written at a crucial time in his artistic development, this imaginative work signals his gradual abandonment of acetic celibacy toward an embrace of pleasure and carnal desires, revealing a Gide more transparent in this early work than in his mature writings.

Translator and scholar Wade Baskin annotates the work, connecting Gide’s life and bibliography to the text.

What listeners say about Urien's Voyage

one of the worst narrations I've ever heard

Genuinely awful. An absolutely pathetic performance with absolutely no effort put in. Read the boo instead.

A beautiful novella written by nobel prize winner Andrè Gide about desire and overcoming desire in favour of living a good life. The magic of the story was however sadly broken by the terrible narration. Lori Blanchard has a pleasant enough voice but her performance is robotic at the best of times and simply baffling at the worst. She emphasises on the strangest places and half of the times she seems bored and disinterested and the other half it seems like she is literally reading the text for the first time. If you are interested in this book I would recommend buying a paper copy rather than listening to the audio book.