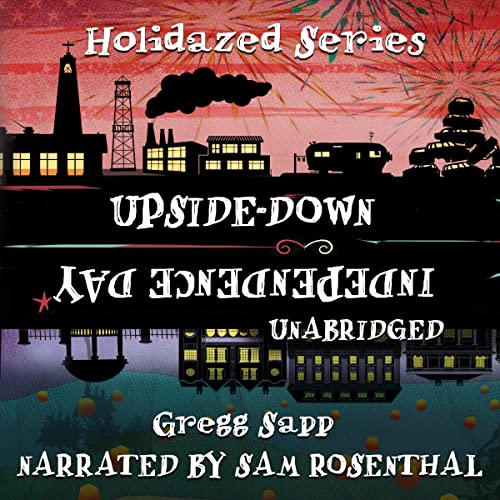 By: Gregg Sapp
Narrated by: Sam Rosenthal
Try for $0.00

Neighboring small towns, Coon Creek and Golden Springs, Ohio, enter their own little war, and may never be the same after the coming Fourth of July celebration.

Coon Creek, a conservative, industrial, blue-collar town, has seen better days. Golden Springs is home to Antaeus College, a private institution with a tradition of liberal politics. No love lost between those two.

Mazie Tuttle, a professional dog walker, knows both towns well. Born and raised in Coon Creek, she enrolls in the Antaeus College summer literary program being taught by the famous radical novelist and pie lover, Roscoe Alolo. As tensions flare between the two towns over a statue of Coon Creek’s founding father standing in the town’s square, one act of vandalism follows another, and Mazie increasingly feels caught in the middle of the hostilities.

Groups in both towns plot to disrupt the other’s Fourth of July celebration. On one side, the schemers include Mazie’s brother, her ex-boyfriend turned drug dealer, and a Methodist minister who’s running for mayor. On the other, Professor Alolo urges his class to take action to “liberate” Coon Creekers.

Sooner or later, Mazie will have to take a side. She just doesn’t know which she’ll choose.

Evolved Publishing presents a satirical, downright funny novel sure to keep a smile on your face.