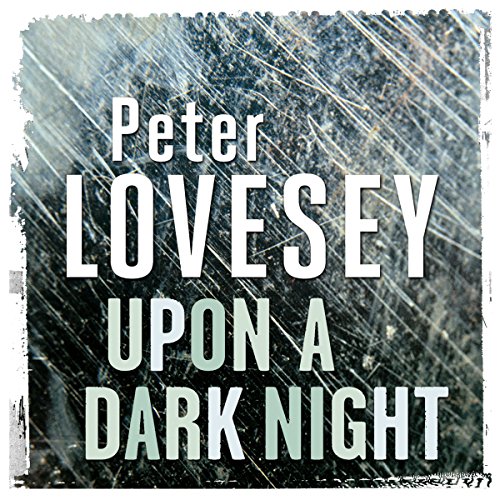 Upon A Dark Night

By: Peter Lovesey
Narrated by: Peter Wickham
Try for $0.00

A young woman emerges from a coma. Who is she, and why was she dumped unconscious in a hospital car park upon a dark night? She is unable to recall anything, even her name. Then Ada Shaftsbury, a boisterous shoplifter she meets in a homeless hostel, takes up her cause and names her Rose.

Peter Diamond is already investigating a suspicious death - a woman has plunged from the roof of Bath's Royal Crescent during a party, and none of the guests seem to know who she is. Badgered by Ada and galvanised by another gruesome death, Diamond takes on the case and is soon forced to admit that Rose is the key. But she has disappeared, and Diamond's own dark night is just beginning.

In a mystery of stunning complexity, Peter Lovesey amply demonstrates his gifts as the grand master of the contemporary whodunit.

What listeners say about Upon A Dark Night

I found this book hard to get through and was severely tempted to abandon it several times but made myself get to the end. A good story would have me raring to see how the plot unfolds. This one did nothing for me.

Great book. Narration is also great but ruined because narrator sounds he's got a permanent mouthful of saliva.

More believable than the last one!

Another good story with its usual twists and turns though Wigfall comes off badly - do they really come as incompetent as him?

THIS NARRATOR IS NOT AT ALL CAPABLE!

I'm a keen fan of Peter Lovesey and of his Peter Diamond stories, but found this book difficult to listen to due to the poor standard of the narration. This narrator is just not capable of coping with different voices/characterisations: whoever chose him to read this title showed no respect for the author or indeed, the listener!±