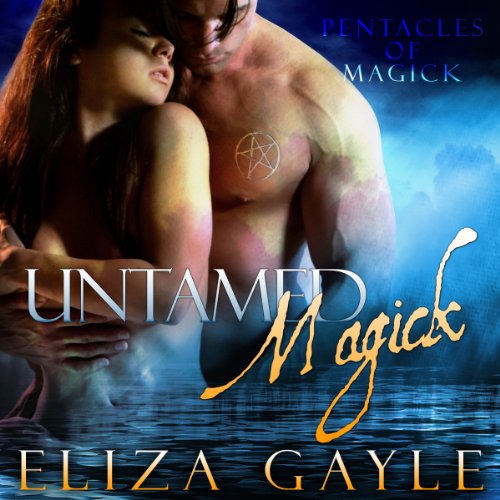 His perfect match - or the woman destined to steal his soul?

Graelen Scott has lived his entire life under the shadow of a prophecy - a curse that gave him unlimited power guaranteed to seduce him to an early grave. When a Tarot historian shows up with stolen family cards and a theory of balance, all hell breaks loose. But his insatiable lust for the blue-eyed beauty clouds his judgment, making it difficult for him to separate fact from fiction.

Determined to understand the secrets that have plagued her for months, Rena Gallagher lands on Graelen's doorstep in search of answers. When fantasy becomes reality and a remarkable power sparks between them, a deep craving to surrender to his raw sexuality is revealed.

Now Graelen and Rena must race to uncover the clues that will break the curse before the seductive magick can consume he and his brothers. And before the darkness drives the woman he needs away for good.

Warning: This audiobook contains a hot demanding alpha who enjoys the wild and unexpected and will go to any length to satisfy his woman, including magick water sex and psychic voyeurism.

The book is surprisingly better than I thought it would be. The characters are interesting and the pace is fast. The narrator does a great job of transposing a paragraphs into mini movies 🎥 that run in your head with or without the buttery goodness of a big bucket of freshly popped movie theater 🍿. ⚠ Spoiler Alert ⚠ This book does not have an hea waiting at the end of the book 📙, for the new couple. Instead, surprise 😲 surprise! It ends on a great big cliffhanger. That way you're doubly motivated to buy the next book in the series.

This was a fun story of a group of 4 male witches. I was sad that it was so short though. I was just really getting into the story and it ended. The story has magic, a lot of old family mystery and attempted murder. Lots of action to keep it moving along. I guess I need to check out the rest of the series now though!

This is a very interesting story and loads of yummy steam. There is insta-lust that has connected feelings. I do not hate that aspect, it is just something you have to accept in this series.

The background story is spaced out in the book. It takes a bit to really get the gist of what is happening with the magic and the world that is being created. I expect more will be revealed as the series continues. With four brothers, two sets of twins, I am thinking things will be very connected.

Graelen is very dark and delicious!! He is a serious Alpha guy, oh good lordy! Rena really does not stand a chance against all that power and sex appeal. They are a great pairing, once they get past the distrust.

The book is mostly from the two leads POV, giving you great insights into their characters. There is also a brief moment of the bad guy's perspective. It is a great way to make the read more engaging.

I listened to the audiobook narrated by Johanna Fairview, who does a great job with the read. She has a deeper raspy tone to her voice. It really works for the smexy scenes and the men's voices. She also added just the right touch of softness to the women's voices. When it comes to the energy of the smexy scenes, this narrator really gets into things! You can feel the action and tension of the moment in her enthusiastic narration!

I can not wait to jump into the next book, yummy twin brother Cash! Oh yeah, I expect plenty of heat!

Alright start to the series but ends in a cliffy

Overall this was an alright story. It's hard to me to review because it was more sex than plot and ended in a cliffhanger. This is the first book I've read by this author and based off this I'm unsure if I'll try more of her work in the future. (Thank goodness this was an Amazon freebie)

Rena is a historian that apparently specializes in symbols especially concerning the tarot cards. She was given an ancient set of tarot to research and she determined they were from Graelen Scott's family. Hoping to discuss with him some of the things she's found in the cards, Rena goes to see him.

Graelen is a witch, one of 4 brothers (2 sets of twins) that are all witches. They are the focus of an ancient curse that they all fear. Their powers have a dark taint to them and if combined, their powers could cause great damage. Due to their fears over the curse, Graelen and his brothers all live in far apart locations.

To be honest, there wasn't a lot of details about the curse but these's something in it about women being their downfall so the brothers distrust women. When Rena shows up, Graelen feels that she's the woman that the prophecy told about and he treats her like an enemy from the beginning. The fact that he's attracted to her is just more damning in his eye. Rena has no idea why he would have a problem with her and tries talking to him about things she found in the deck of tarot cards, things that told the story of the family curse. Rena is very attracted to Graelen but tries to focus on her research...at first at least. They're at odds for the first part of the book but that doesn't stop the in bed action that goes on...frequently. While this is going on, Cash (Graelen's twin) shows up and causes more issues just as Graelen is starting to believe that Rena may not be his enemy and may be able to help him. The story ends with Graelen realizing that Rena is supposed to be his and asking her to stay. She agrees but only for now so the story ends with a HFN, pretty much giving us a cliffhanger for both the romance and non-romance plot lines.

Yes. F my friend loves fantasy book as much as i do then why not.

What other book might you compare Untamed Magick to and why?

Nothing there is any book that I can compare to this book.

What does Johanna Fairview bring to the story that you wouldn’t experience if you just read the book?

She bring everything laugher and passionate intense romance . I love Johanna she bring what I like in this story

It made me laugh and cry at the same time.

This is a good paranormal series about brothers whom are witches. This is the 1st book in the series. I recommend reading all, but only two are available in Audiobook format so far. I thought the narrator did a good job.

I loved the narrator. she kept me interested as well as the story itself. I highly reccomend