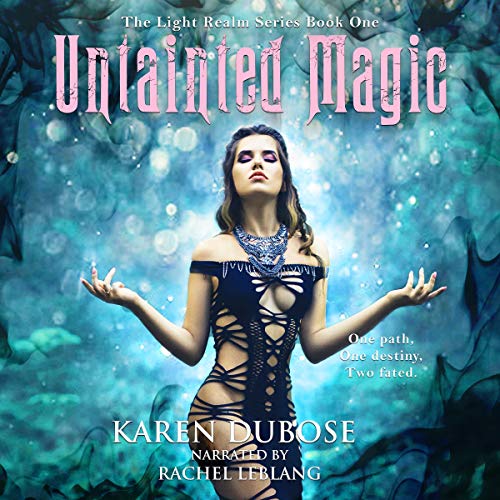 By: Karen DuBose
Narrated by: Rachel Leblang
Try for $0.00

Skye's whole life she has been told she was the one to defeat the dark source. She took pride in getting rid of evil. Until the coven that has been her life tries to use her for their selfish ways.

Turning her back on them felt right at the time. Maybe she made a huge mistake, but she was never letting them use her.

Drik's life has been nothing but fun and games, spreading evil as much as he can. He know there is a light witch that is destined to destroy him, but he has come up with a plan to change that destiny.

Will their souls handle what is destined for them or will they destroy each other any way they can?

What listeners say about Untainted Magic