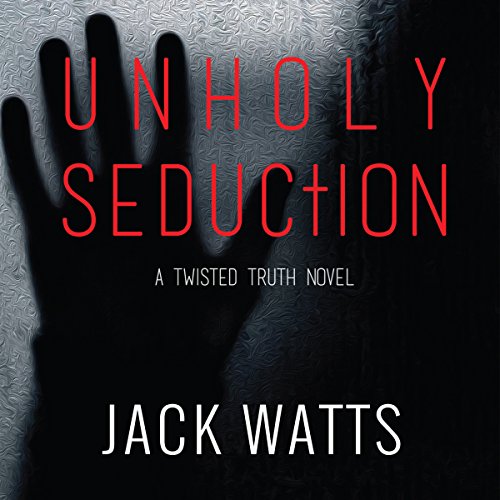 Unholy Seduction is a first-rate novel, filled with intrigue, deception, seduction, betrayal and murder - mankind's timeless issues. It is set during the colorful Vietnam War era, when millions of kids championed free love, while repudiating the establishment, they turned America upside down. But there were others with a different goal. They fought equally hard to establish a perfect church - one where everything was held in common. Ryan Parker was one of them.

High-minded and altruistic, Ryan wanted his life to count for the Lord, but his purpose was thwarted, once he embraced the twisted teaching of Brother Al, the leader of Full Armor Assembly. That's when all hell broke loose.

Like nothing else, Unholy Seduction will help you understand why and how good people get sucked up into a life-altering cult. From the first paragraph, you will be taken back - swept into a period of American history that vanished long ago. Most Americans cannot imagine what it was like in the late 60s and early 70s, when guys lived in fear of the draft, but that will change, once they become part of Ryan Parker's unholy seduction.

I truly enjoyed listening to this! Lots of great characters, and compelling storylines! I really loved the way the author and narrator brought the story to life. I found myself sitting in my car long after I got to work just to listen to what would happen next!

Wow! When is the next audible book available?

This book exceeded my expectations! The last 11 chapters were compelling, filled with intrigue, avenging detail and although fiction a very real thought provoking reflection of my own belief system. The best way for me to tell you how much I liked the story and it's telling is to explain that I did not allow myself to listen unless I was walking at the same time. I generally walk 2 miles a day. By chapter 16 I had extended my walk to 3 miles just to listen to what came next. By chapter 25 I was up to almost 5 miles and had to stop due to body limitations. I could not wait to walk the next morning to hear the big surprise! Truly a book that helped my body, mind and pleasure!

EXCELLENT!!!! I am at the beach for the winter and this was just what I was looking for! Makes you think, pulls you in and left me ready for when I could hear MORE! This book is great! I recommend the audible version for the beach, I whale watched and had a fantastic story in my ears! I read a lot, Jack Watts has become one of my favorites! He never disappoints ! Get it! So good! Religion, relationships and a tiny bit of politics, good stuff!

Very insightful story about how cults work. Sadly, recognise an uncomfortable amount of it from experience in ‘normal’ churches. Wait for the grand finale.