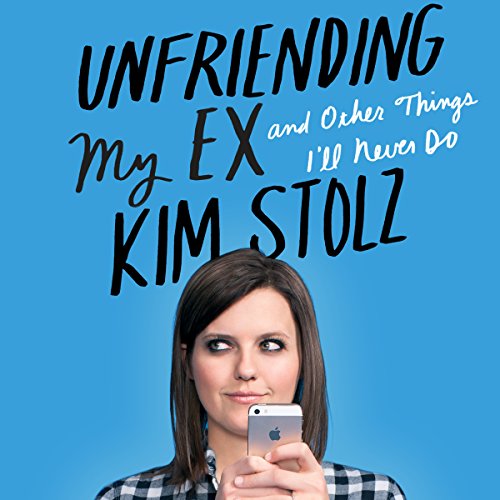 And Other Things I'll Never Do
By: Kim Stolz
Narrated by: Kim Stolz
Length: 4 hrs and 7 mins
Categories: Bios & Memoirs, Personal Memoirs
3.5 out of 5 stars 3.3 (9 ratings)

An incisive, hilarious, and brutally honest memoir about life online and about how our obsessive connectivity is making us more disconnected - from former reality show contestant, MTV VJ, restaurateur, and go-to voice for millenials.

Social media and technology have fundamentally altered the way we do business, couple and break up, develop friendships, and construct our identities and our notions of aspiration and fame. We make decisions about where we'll go based on whether it's Instagrammable. We don't have friends, we have followers. For an entire generation, an experience not captured on social media might as well not have happened at all.

As someone whose identity has been forged by reality TV (as a contestant on America's Next Top Model) and social media and mobile technology, Kim Stolz is deeply obsessed with the subject. She has a hard time putting her phone down. And yet she remembers what life was like before technology induced ADD, before life had become a string of late night texts, Snapchats, endless selfies, that sinking feeling you get when you realize you've hit reply all by mistake. It's hard to imagine now, but there was once a time before we wasted a full hour emptily clicking through a semi-stranger's vacation pictures on Facebook, a time before every ex, every meaningless fling was a mere click away.

Unfriending My Ex (And Other Things I'll Never Do) is the first book to document the hilarity of the social media revolution from the inside; it chronicles a life filtered through our obsessive relationship with technology.

Smart, hilarious, and completely relatable, Unfriending My Ex (And Other Things I'll Never Do) captures our crazy moment, shining a bright light on the trials and tribulations of life online.