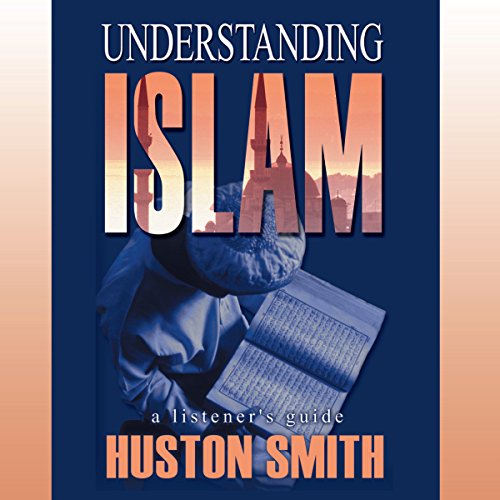 The story of Islam is one we urgently need to hear. Now Huston Smith, the legendary authority on comparative religions, summons a lifetime of scholarship and insight to offer this welcome listener's guide to the most persistently misunderstood religion in the world. Smith takes us back to Islam's founding lineage, revealing its inspiration in Greek philosophy and its common roots with both Judaism and Christianity. With so much in common, most of all the precept of one all-powerful God, how has Islam come to inspire fear and bewilderment in the West? Join Huston Smith as he makes accessible this difficult subject, including:

What listeners say about Understanding Islam

Feel tricked.
Did not suspect this book would be merely a repetition of the Islam chapter in Religions of the World.
Shame on you

This is one of the worst narrators I've ever heard. He has an uncomfortably slow pace with awkward pauses and strange pronunciation for some words. More importantly, he's nothing more than a cheerleader for Islam. He offers little in the way of valuable historical information and no critical analysis or insight whatsoever. Instead, he focuses on justifying and elevating Mohammed and the religion of Islam. This was a waste of my time and money.