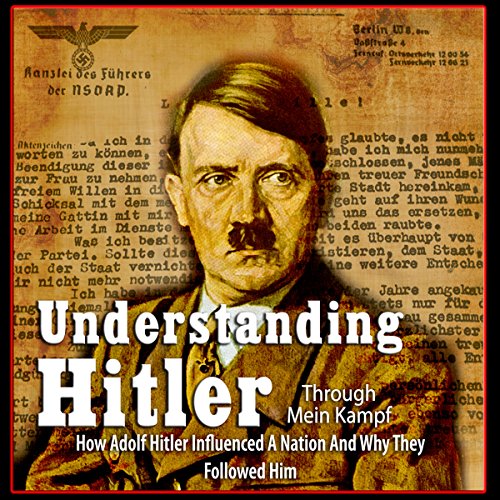 The question of "why" is often asked when the name of Hitler is heard. People watch documentaries on television that show what he did and when, but they never explain why.

First, it's really short. Like an hour or so. Second it's like "Hitler for Dummies" written by a Nazi Apologist. And finally, it's has distracting background battle sounds throughout. Probably shouldn't bother.

The reading of this is exceptionally bad. It sounds like the speed has been slowed down, as if an old tape player were dying. There are times when I thought it was going to stop altogether.

The sounds of Hitler's speeches, marches, and music in the background are quite distracting, and they end very abruptly.

There are quotes read from Hitler's writings that are in very different, multiple, voices, which gives it an even more disjointed feeling.

This is not a very professional rendition. I have heard samples of John Smith's reading of another biography of Hitler, and it is much different, much better. I'm not sure what has happened to make this such a bad recording.

This book should be titled "Cliff Notes on Hitler for 8th Graders," since that it how it reads. The content is extremely superficial. It is quite disjointed in spots, with one topic abruptly ending and the next beginning without any literary segue. The reading, as mentioned above, adds to this feeling.

You would be better off reading "The Rise and Fall of the Third Reich" by William L. Shirer to get a very complete picture of Hitler and how he came to be in power.