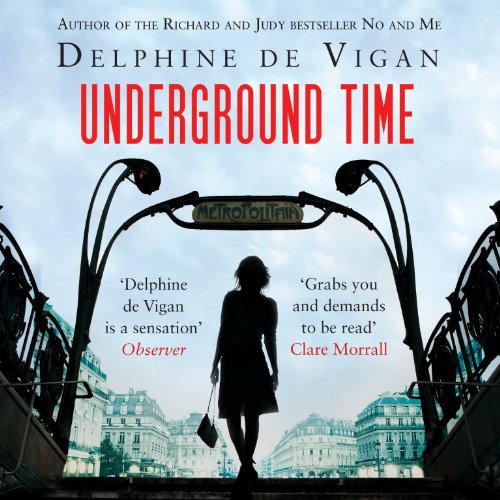 Every day Mathilde takes the Metro, then the commuter train, to the office of a large multi-national where she works in the marketing department. Every day, the same routine, the same trains. But something happened a while ago - she dared to voice a different opinion from her moody boss, Jacques. Bit by bit she finds herself frozen out of everything, with no work to do.

Thibault is a paramedic. Every day he drives to the addresses he receives from his controller. The city spares him no grief: traffic jams, elusive parking spaces, delivery trucks blocking his route. He is well aware that he may be the only human being many of the people he visits will see for the entire day and is well acquainted with the symptomatic illnesses, the major disasters, the hustle and bustle, and, of course, the immense, pervading loneliness of the city.

Before one day in May, Mathilde and Thibault had never met. They were just two anonymous figures in a crowd, pushed and shoved and pressured continuously by the loveless, urban world.

Underground Time is a novel of quiet violence - the violence of office-bullying, the violence of the brutality of the city - in which our two characters move toward an inevitable meeting.

What I like about this book the most, is how the smallest and at the same time the biggest things in our inner lives are described with so great and compassionate attention ... worth it to read/listen to..👏