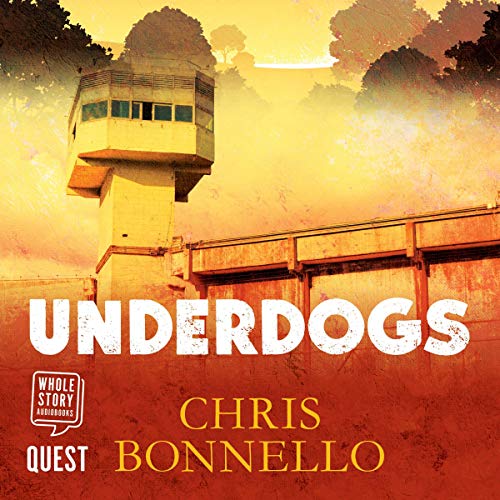 By: Chris Bonnello
Narrated by: Mike Paul
Try for $0.00

One million cloned soldiers. A nation imprisoned. A group of neurodiverse rebels fighting back. Britain as we know it lies destroyed. In the aftermath of the most daring military coup in history, the surviving population is crammed inside giant citadels, watched over by an army of cloned soldiers.

The hope of a nation lies in a tiny number of freedom fighters hidden in the abandoned countryside, most of whom are teenagers who escaped the attack on their special school. Seen as no more than misfits and problem children, this band of fighters could never have imagined the responsibility that now rests on their shoulders. But perhaps this war needs a different kind of hero.

What listeners say about Underdogs

This book was brilliant, and had me on the edge of my seat the whole way through. I was fully bought into every one of the underdogs (with the possible exception of Gracie - still not sure how she survived to this point) and am super excited to hear what happens next. Please please get the sequels to us here soon!!