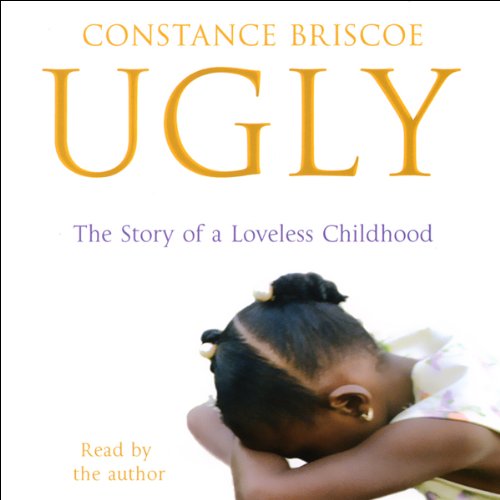 Constance's mother systematically abused her daughter, both physically and emotionally, throughout her childhood. Regularly beaten and starved, the girl was so desperate she took herself off to Social Services and tried to get taken into care. When that failed, she swallowed bleach "because it kills all known germs and my mother always told me I was a germ".

When Constance was 13, her mother simply moved out, leaving her daughter to fend for herself. There was no gas, no electricity, and no food. But somehow Constance found the courage to survive her terrible start in life. This is her heartrending, and ultimately triumphant, story.

What listeners say about Ugly

i got this book a while back and found i couldn,t put it down. i found this, exellently written and extremelly honest. it is the sort of book you could read-or listen,many times over.

Stunning, and beautiful but a terribly disturbing story written in a child like manner. Would recommend but not if it may become triggering

I didn’t enjoy it

I only managed 15 minutes of this book before giving up.
I don’t think the author should have narrated her own book.

A sad story highlighting the abusive treatment received by one child in a large family how a mother can systematically torture her own child.

Sad story but story tellers voice is so annoying

The story is very sad, she had a very hard life however the person reading the book(the author) has the most annoying voice, thought the story could have been written better, a lot of swearing in the story + a lot of unanswered questions.

My heart bleeds for this woman, bleeds in a way I wish it wouldn’t. I found myself playing “Snap” in my head as I read along, relating to her. I cried and shook my head furiously, aghast at the knowledge of what this poor soul experienced.
I read other reviews stating that it seems “unrealistic” and that there are lies. Most of us abuse survivors worry this is what the reaction would be if we spoke up! Hell! I was even referred to this book for this reason. I proclaimed that my own experience had been so bad to the point of bizarre and I worried i sounded fake, i was then recommended this book.

This story is sadly realistic, and there will always be someone in your midst who has experienced something like this, it might pain you to learn this, but its true.

I felt this is a good book to read if you’re in the process of healing any childhood trauma. It forces reflection, if you’re angry at what Constance went though, believe she didn’t deserve it, what does that say about yourself and what you went through? Had your own story been told as candidly as this one was.... with you as the protagonist? How would you feel about you then? Would you hate you/them?

I don’t believe the intention of this book is to be enjoyed, so disregard reviews moaning about this. Its meant to be gut wrenching and uncomfortable.

This was the book that pushed me to work in the social sector. I read it first in my native language and more in English and I must say that it managed to convey the same emotions to me as years ago. It is a book full of drama, hope and revenge.

loved this book from beginning to end

loved the book,once you start listening you don't want it to end.love this author. amazing