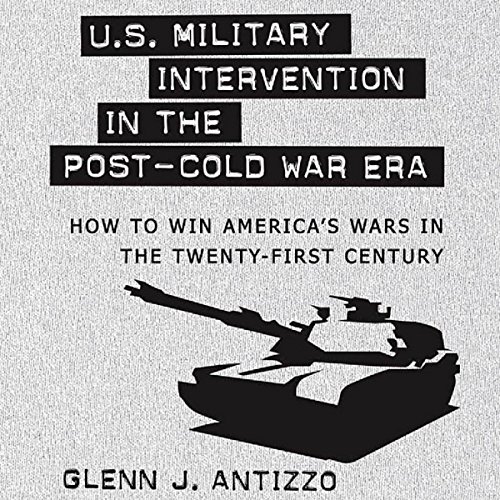 In this readily accessible study, political scientist Glenn J. Antizzo identifies 15 factors critical to the success of contemporary US military intervention and evaluates the likely efficacy of direct US military involvement today - when it will work, when it will not, and how to undertake such action in a manner that will bring rapid victory at an acceptable political cost. He lays out the preconditions that portend success, among them a clear and attainable goal; a mission that is neither for "peacekeeping" nor for "humanitarian aid within a war zone"; a strong probability the American public will support or at least be indifferent to the effort; a willingness to utilize ground forces if necessary; an operation limited in geographic scope; and a theater commander permitted discretion in the course of the operation.

Antizzo then tests his abstract criteria by using real-world case studies of the most recent fully completed US military interventions - in Panama in 1989, Iraq in 1991, Somalia in 1992-94, and Kosovo in 1999 - with Panama, Iraq, and Kosovo representing generally successful interventions and Somalia an unsuccessful one. Finally, he considers how the development of a "Somalia Syndrome" affected US foreign policy and how the politics and practice of military intervention have continued to evolve since the terrorist attacks of September 11, 2001, giving specific attention to the current war in Afghanistan and the larger War on Terror.

What listeners say about U.S. Military Intervention in the Post-Cold War Era