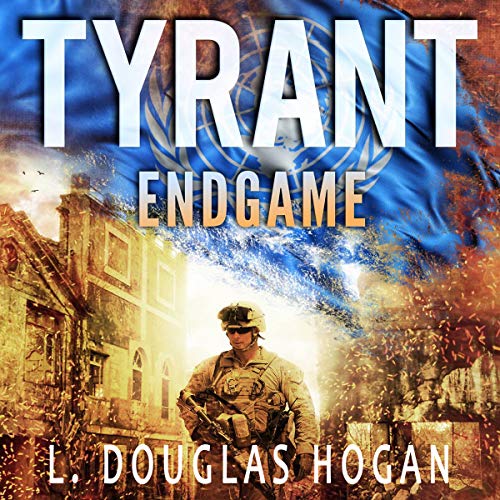 Nathan, Denny, Jess, and Tori, together with Sergeant Banks and his Marines, have met a new ally with knowledge of a possible EMP attack on the west coast. Their plans to head north and rally on Buchanan remain the top priority.

Colonel Charles Buchanan and his men have at last joined forces with General John James at the secret military installation in the Black Hills of South Dakota and have been advised of an impending attack from a sizeable UN force. Executive Commander Abdul Muhaimin has been at war with the American patriot resistance, suffering wins and defeats. He has begun the genocidal elimination of high ranking Russian officers under his command.

What’s happening on the west coast? Will Nathan, Denny, Jess, and Tori survive long enough to rendezvous with Buchanan? What will happen to them when they discover Buchanan has once again changed his plans and doesn’t show with reinforcements? Will Colonel Buchanan and General James survive the UN's attack on the base? Will Nathan, Denny, Jess, Tori, and Banks survive the deadliest foe yet to be introduced? Will liberty return to the surviving Americans? Find out the answers to these questions, and more, in Endgame, the third book of the Tyrant trilogy.

What listeners say about Tyrant: Endgame

Fantastic story. Very believable. A little too political.
The performer stretched the word THE distractinglyso.

We begin the adventure with some interesting background on Jess and the origins of “Bubba”. The government of the United States is all but forgotten. The Commandant of the Marine Corps and the Admiral of the Navy are all that is left of the Joint Chiefs and they struggle to pull together what they can from the remains of the disorganized Armed Forces. The call for rebellion, freedom, and liberty goes out to all patriots that can hear their voice. To provoke people further, there are rumors and scuttlebutt of an existing crematorium, reigniting horrors from the past. As facilities and territory are reclaimed from FEMA an even greater terror involving population control is discovered. All the stops are being pulled out by these tyrants to destroy America and introduce the New World Order. Will patriots rise to the challenge? Will our boys put these animals down? I was given this free review copy audiobook at my request and have voluntarily left this review.

not going to read

just did not like the first so cannot make myself read this...not worth the time

this book is a wake up call. this could really happen and we need to wake up to the pissibility