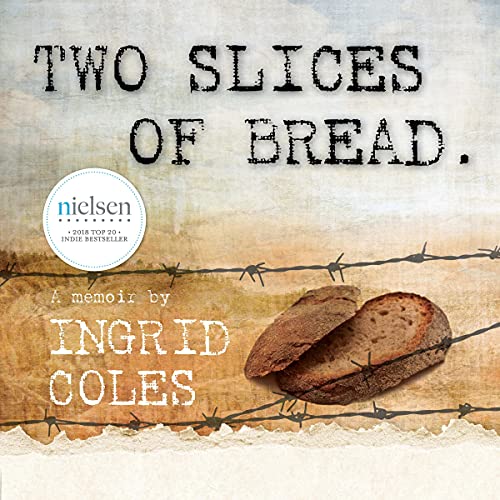 You will be moved beyond words, even to tears - a true story of heartaches and triumphs....

As a young child in Holland, Ingrid's uncle offered her another slice of bread. "Two slices of bread?" she asked, never having been allowed that many before! Her memory jumped to the starvation and cruelty her family had experienced at the hands of extremely cruel captors.

Ingrid Coles was born in Java, Dutch East Indies (now Indonesia), on November 28, 1942, during the Japanese occupation of WWII. Three months after her birth, she and her family were incarcerated in prisoner-of-war camps. Her father died, aged 43, in a prison camp. Her six-year-old brother died of starvation and pneumonia en route to Holland, when the family was evacuated during the Indonesian War of Independence.

Life changed drastically in the Netherlands for Ingrid and her three siblings, who had to learn how to cope with their mother's post-traumatic stress and their own wartime experiences.

However, Ingrid, now orphaned aged 16 in 1958, had a clear idea of her future calling and emigrated to New Zealand to begin nursing training six months later. This memoir traces Ingrid's background and growing-up years, revealing the secret of her successful life in her country of adoption and how she overcame the hurts and hurdles of the past - even to how she learned to forgive her oppressors.

What listeners say about Two Slices of Bread