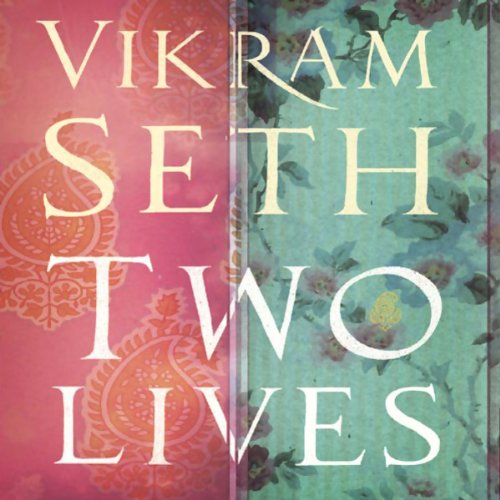 Two Lives tells the remarkable story of Vikram Seth's great uncle and aunt. His great uncle, Shanti, left India for medical school in Berlin in the 1930s and lodged with a German Jewish family. In the household was a daughter, Henny, who urged her mother "not to take the blackie". But a friendship developed and each managed to leave Germany and found their way to Britain as the Nazis rose to power. Shanti joined the army and lost his right arm at the battle of Monte Cassino, while Henny (whose family were to die in the camps) made a life for herself in her adopted country. After the war they married and lived a life in north London where Shanti, despite the loss of his arm, became a much-loved dentist.

During his own adolescence in England, Vikram Seth lived with Shanti and Henny and came to know and love them deeply. His is the third life in this story of Two Lives.

This is also a book about history, encompassing as it does many of the most significant themes and events in the 20th century, whose currents are reflected in the lives of Shanti, Henny, and their family: from the Raj and the Indian freedom movement to the Third Reich, the Holocaust, and British postwar society.

"Truly unforgettable....Moving and illuminating." (The Times)

What listeners say about Two Lives

At first I was disapppointed in the listen because I mistook this for a Vikram Seth novel, but sandwiched between a little too much info on the writer's own life and definitely too much about his late uncle's will, is the touching true story of Henny and Shanti - "rooted exiles of the 20th century" - as well as their times. Seth also devotes a chapter or two to his view of the grand currents of 20th centruy histoy which, stangely, fits in this strange brew of a book.

The middle part - about 4/5ths of the book - is drawn from interviews with his elderly uncle, and more interestingly, letters of his German born aunt who found refuge in England as the Nazis ascended in Germany. The letters are narrated by three people other than Seth -- so the listen resembles the novel, "The Guernsey Potato Peel Pie and Literary Society" - except in this case the letters are authentic and present more information on civilian living conditions in post war Germany as well as England.

No one could have told this story in a better way. the best part of this audible version is Vikram Seth is one of the narrators. He made it even more relatable. Was moved by the end and almost had flashes of their lives in my head too.

Sensitive honest and interesting biography. It details an age as well as two lives. Philosophical, lyrical and elegiac in strain.

Seth is a better story teller than researcher. i got muddled who was who or talking to who with all the German accents and letters. Interesting for his family but it didn't get me involved. Seth is still a wonderful writer and I love his works of imagination.

not a suitable boy

I thought this would be similar to the novel a suitable boy, which also is slow to start, but is then a pleasant story that whiles away some time and gives an insight into another culture and the lives therein, this however, is slow to start and remains slow,it seems to be a cathartic book which just doesnt really engage.

Seth is a great story teller but this was disappointing. The narrative skipped from reading letters word for word then into the narrative again. I think he could have incorporated the letters in the narrative and quoting poignant aspects of correspondence. It was tedious to listen to or read for that matter.
He had a good story but didn't tell it well and in the end was some kind of justification for Shanty Uncle's estatw and the part Seth did or did not play in those decisions. I think the last chapter was written for the family to get the record straight about what did or did not happen regarding Shanti's estate.
Some interesting insights about pre war Germany and post war Germany actually experienced by his Aunt and Uncle and their friends. Seth offers views about the statec of Isreal which are interesting but have no place in a biographical work on his Aunt and Uncle lives.