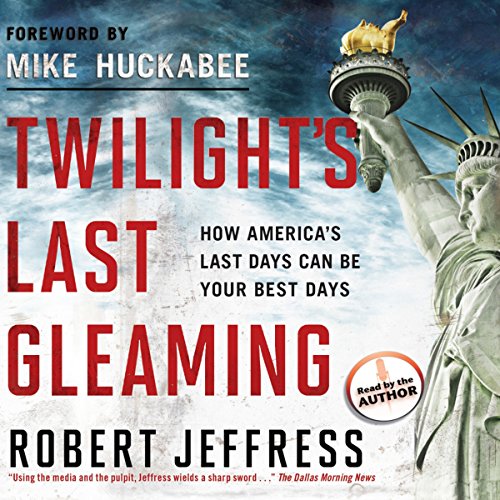 As the sun sets on a once-great nation, American Christians face a vital question: What now? It’s evening in America. The remarkable society whose light once shone as a beacon to the world is dimming. This is the sobering assessment of Robert Jeffress in Twilight’s Last Gleaming, yet he brings with that diagnosis a remarkably redemptive and hope-filled prescription for American believers.

It’s a timely message. Rarely in U.S. history have Christians been more discouraged and fearful about our country’s future. Now Dr. Jeffress points a way out of this malaise, calling believers to action—not to restore a fading empire’s glory, but to make an eternal impact on millions of eternal souls. With a foreword by Governor Mike Huckabee, here is a bold roadmap to guide your attitudes and actions in these volatile last days.

Just as up-to-date today as it was in 2012. I would highly recommend this audiobook to anyone who is concerned about what the future holds for followers of Christ.