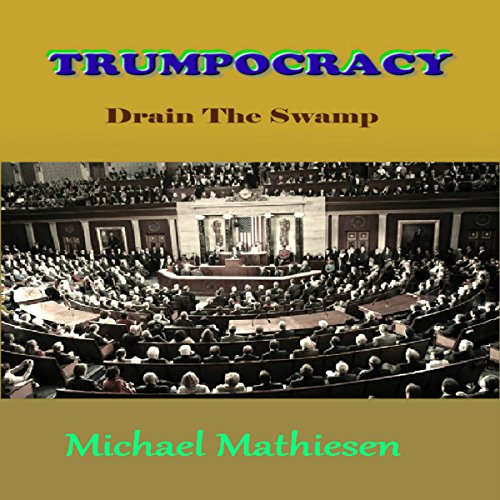 Donald Trump is now the president of the United States. During his campaign he promised to "drain the swamp" and make America great again. So it's now up to all Americans to help him do this because there's no way he can do all of that by himself.

A Trumpocracy - the rule of the people, by the people, and for the people at all times utilizing the power of the Internet - is our greatest ally.

Now that Donald Trump is president of the United States, and given that he has promised to drain the swamp and give the power to the people, we need to do our part to help ensure that these two promises - the most important ones out of the hundreds that he made - come true during his first year in office. No one can affect the kinds of changes that Donald Trump plans for us without becoming dictator unless he uses the democratic process set up for us by the founding fathers of this great nation. If Donald Trump can really make this country great again, he must do it with our advice and consent.

What listeners say about Trumpocracy

Together We Will Make America Great Again

I really loved this book. It's uplifting, hopeful, fearless and inspirational. It's written in true Trumpism, however proud about American values. The challenges we face as a nation from unsustainable debt to healthcare that isn't helping all Americans and all the many societal needs we fail to meet, these can be overcome with American jobs and industry; people coming together.
We can't expect to be lazy or rely on others to fix things. We, the American people, must steer our collective path to greatness in everything we do and say. Our actions define us now as they always have.

I am really impressed that the writer has a great knowledge and also has an eye on the politics of United States. This book really an eye opener for all.

This book is all about how can we make politics effective for the people of America. The suggession described by the author are really practical and effective. Michael has made me his fan.

Do we really need some modification in our political system to make America great again or to drain the swamp? This author has revealed some important facts about it. If you need to learn something useful, you must grab this book.