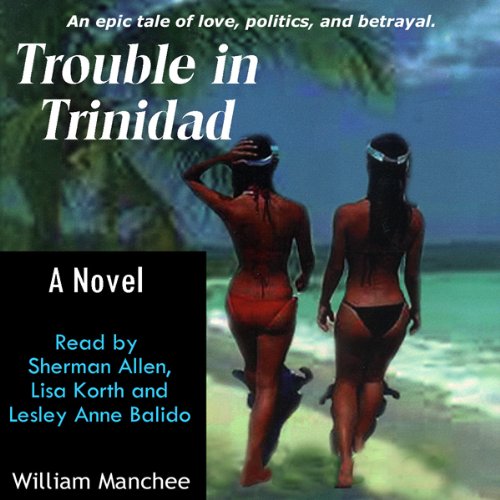 A high-school student, serving in an ROTC color guard at a Caribbean trade conference in Dallas, discovers an assassination plot unfolding against the prime minister of Trinidad and Tobago and has only seconds to try to thwart it or stand by and watch it happen. Kevin Wells elects to intervene and manages to save the prime minister's life, but is shot in the process.

While recovering in the hospital, the prime minister's daughter comes to visit him to express her thanks for saving her father's life. Kevin is awed by Kiran's beauty and thinks he's in love. When the Prime Minister asks him to come to Trinidad and Tobago to testify against the assassin, Kevin is reluctant to go until he finds out he'll be staying at the prime minister's house and entertained by his daughters. What he doesn't know is that the prime minister's enemies are still determined to kill him.

"It's terrorist suspense at its best. Manchee is a master at setting the mood, laying the atmosphere, and pulling you into the lives of these truly believeable but often quirky characters. Trouble inTrinidad combines politics at its worst with a touching love story between Kevin Wells and Deviane Shah, the Prime Minister's daughter. William Manchee has written another 5-star book and I can't wait to read his next one." (Myshelf.com)

What listeners say about Trouble in Trinidad

This book is an excellent blend of politics and romance, very action oriented and well written, and gives a great inside into the society of a relatively unknown country, although the mentioned events took place in the late 90s, as far as the facts go. In fact, I was so lost in the book that I read it in one long strike. What was especially interesting was the different views on American interference and relations to the global economy displayed, and the fact that the main character, Kevin Welles, is a relatively common American teenager who nevertheless possesses several mature moral values and sticks to them all the way through. All in all, a really great book definitely worth reading.

There are some things a potential reader should know about this book up front. Number one is it is a good story and well written. It is also a dramatized narration, and for the most part is very good, the main narrator who plays the lead role for Kevin is fantastic, and the rest of the voices are very good as well, but it is the first dramatized audio story I had ever listened to, and it was very good, like listening to a long feature length old time radio program.
The story is one that is targeted at young adults, age range I would say in the mid to upper teens, it is an action adventure story with a strong moral lesson involved and one that is presented very well. The message is on several levels, being honest and doing the right thing, the difficulties in achieving that goal, and the trouble in being able to see the outcomes of ones actions, for good or bad. Also there is the message of chastity and the value of love and marriage in society. The story is wrapped up in a Christian theme and well presented. I know that there are many people who are bothered by Christian messages out there and so they should know this about this book before they enter into it.
The action is well written into the story and the characters well developed and complex and the lead character is extremely well done.
This could be an important book for a young adult but before recommending it it should be noted that the topic of sex is discussed throughout.

If you want a wholesome action story with a Christian theme and important message that counters pop culture to enjoy with a mature teenager this would be a good choice.