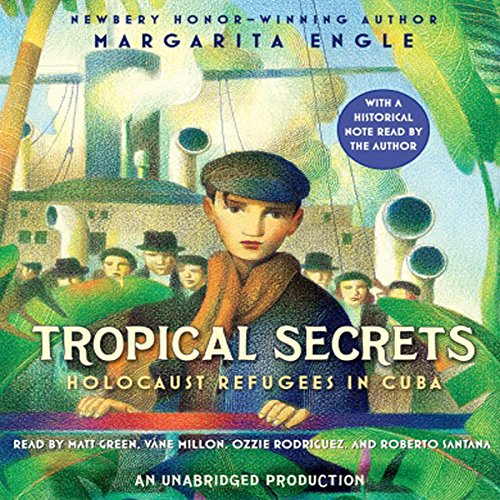 Last year, in Berlin
on the Night of Crystal
my grandfather was killed
while I held his hand.

Daniel has escaped Nazi Germany with nothing but a desperate dream that he might one day find his parents again. But that golden land called New York has turned away the ship full of refugees, and Daniel finds himself in Cuba.

As the tropical island begins to work its magic on him, the young refugee befriends a local girl with some painful secrets of her own. Yet even in Cuba, the Nazi darkness is never far away.

At once deeply personal and utterly universal, Tropical Secrets is a stunning new history in verse from award-winning poet Margarita Engle.

"[A] gripping story about refugees that becomes sharply focused through the viewpoint of the boy wrenched from home, haunted by the images of shattered glass and broken family." (Booklist)
"Readers who think they might not like a novel in verse will be pleasantly surprised at how quickly and smoothly the story flows...The book will provide great fodder for discussion of the Holocaust, self-reliance, ethnic and religious bias, and more." (VOYA)

What listeners say about Tropical Secrets