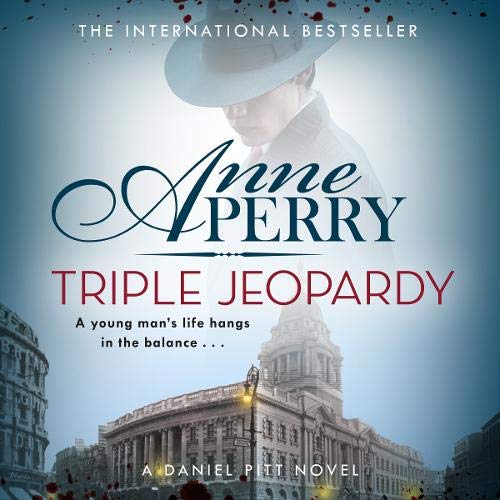 By: Anne Perry
Narrated by: Christopher Bonwell
Try for $0.00

The second thrilling mystery in an exciting new generation of Pitt novels, from the New York Times best-selling author and queen of Victorian crime Anne Perry.

Daniel Pitt is delighted that his sister is visiting London with her American husband, Patrick, a policeman, and their young daughters. But Patrick's trip has another purpose, for which he enlists Daniel's help.

Philip Sidney, a young British diplomat, is accused of robbery and assault in Washington, but he has taken diplomatic immunity and fled to England. The perfect opportunity to obtain justice presents itself when Sidney is accused of a small embezzlement at the British embassy in the USA, but as Daniel digs deeper into the case it becomes clear that vengeance is involved.

When a witness is murdered in America, suspicion of guilt falls on Sidney. But is somebody trying to frame him? And, if so, who and why? Daniel follows a trail that uncovers another murder and leads from Washington to the idyllic Channel Islands, then to a dramatic scene in court that almost defies belief....

What listeners say about Triple Jeopardy

This is my second Anne Perry book and compared to the first fast paced book in this series, I did spend the first half of this second book wondering why the plot seemed so insignificant!! And that it was dragging on going no where fast other that to continue to bemuse me!

When I got half way through I began to see why the plot had to start off being so insignificant, but I do feel it was all dragged out for longer than it needed to be!

Around the middle of the book it REALLY picked up speed and then BOOM the ending was completely unseen and spectacular!!

Still very much enjoyed and of course the narration by Christopher Bonwell was fab!

Am now about to start book three :-)